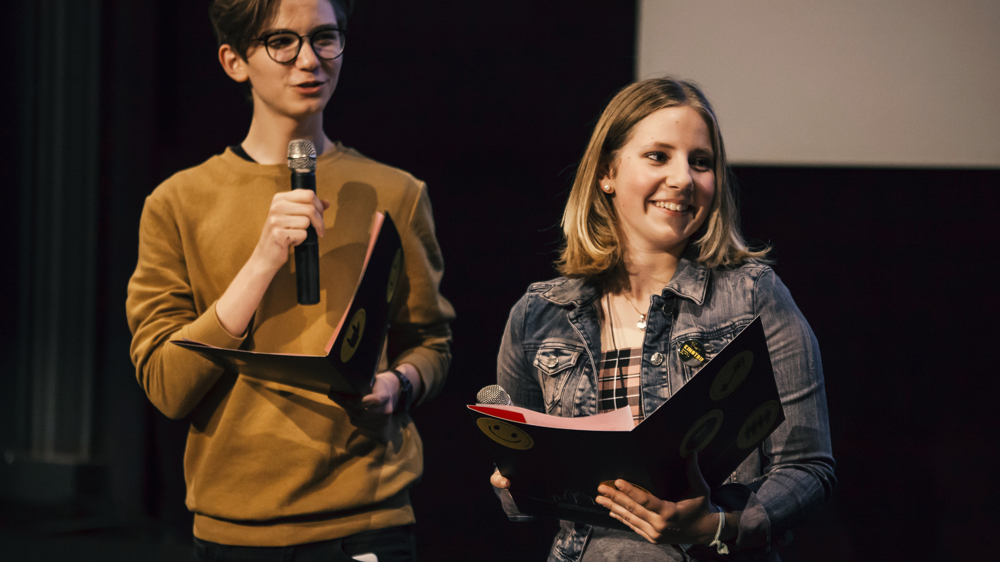 Kinotripping – Festival Podcast
This year, the festival happening will for the first time be accompanied by Kinotrip’s podcast, which will host various guests. Together with Kinotrippers, they will trip on films, cinema and other topical issues that currently inspire young people. Fresh and aurally pleasing episodes will also take us behind the scenes of the festival. During the festival, you will be able to listen to the new episodes on Kinodvor’s website – here.

Film Talks with Guests
This year, we will once again hold talks with our festival guests. Who we will talk to and when will be announced on Kinodvor’s website and Kinotrip’s Facebook and Instagram profiles.

Kinotrip Audience Award
Rate a film and compete for Kinodvor Club membership!
After the screening, cast your ballot with your rating of the film. The director of the winning film will receive the Kinotrip Audience Award. By voting, you too could win an award, for, at the final festival screening, we will draw three lucky winners, who will receive a one-year Kinodvor Club membership.

Kinotrip’s Photo & Video Coverage
The entire festival happening will be carefully recorded by a group of official young photo and video reporters. The students from the Ljubljana High School for Media and Graphic Technology will capture all the interesting moments for you. Their mentors will be professors Miha Golob and Justina Gračner Botonjić

Between 14 and 16 October
Sharpening the Gaze at Kinotrip
During the workshop on film criticism, we will watch select films and discuss them in a relaxed conversation after the screening. With the help of the mentor Maja Krajnc, we will brainstorm ideas for first drafts, which we will later rethink, rewrite and perfect according to constructive comments and guidelines. The final products will be published on Kinotrip’s festival websites and the Sharpening the Gaze blog, while a selection of them will also appear in the KINO! magazine. To find out more about the workshop and how to apply, write to ostrenje.pogleda@gmail.com.
In cooperation with KINO! Society for Expanding Film Culture.