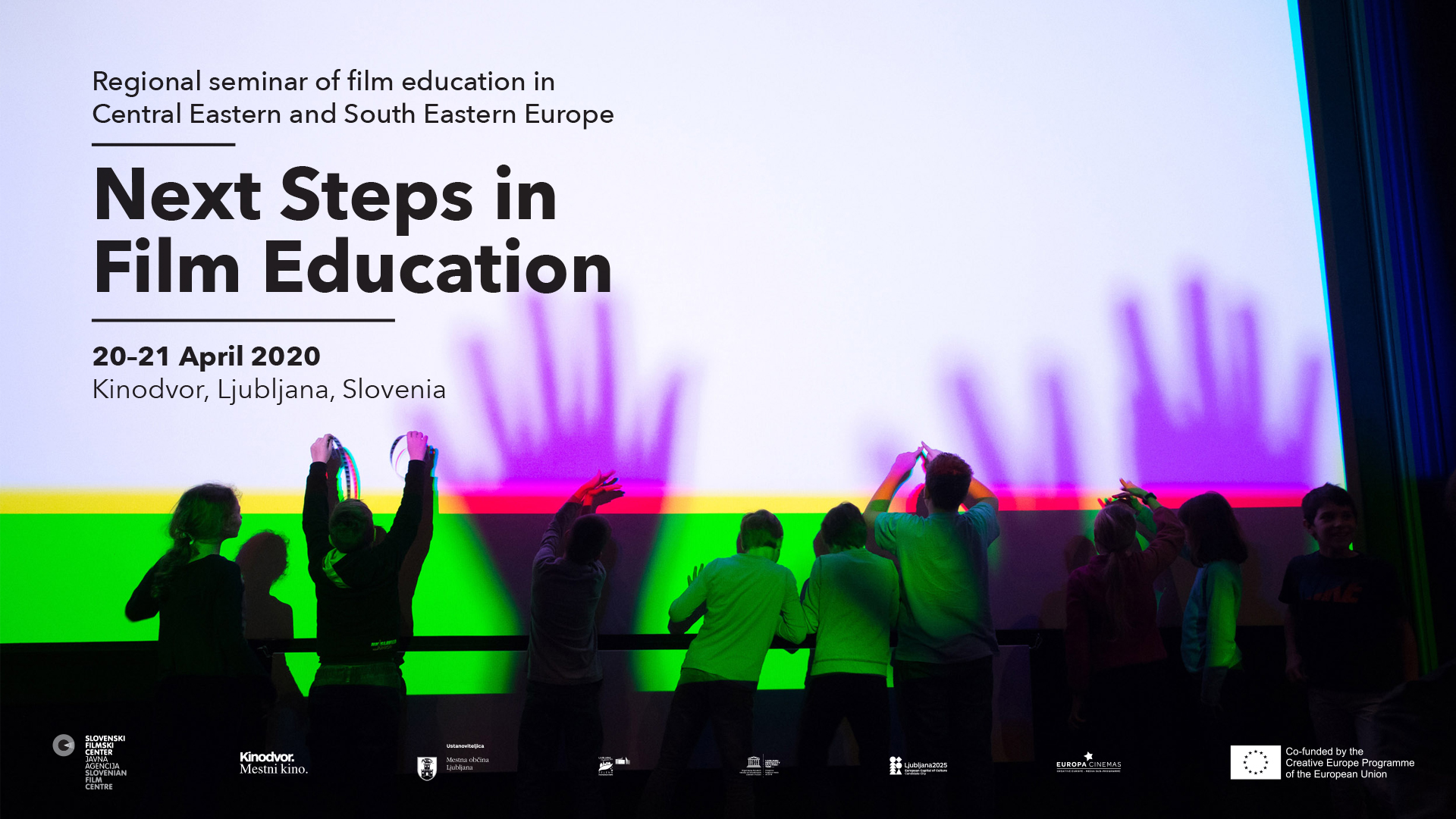 Next Steps in Film Education

More information about attending the seminar as of January 2020: nika.gricar@sfc.si

Edita Bilaver Galinec is a business consultant, co-founder of non-profit organisation Kids Meet Art engaged in film literacy programmes in Croatia and Board member of European Children Film Association – ECFA. She has many years of experience in the corporate sector and in the institutional field; she is an expert in strategic planning processes and in designing development strategies.

How can we design strategies for film education development and do we have a common vision of it?
Is there a common vision of film education in our region, and how do we develop a regional joint venture step by step. What kind of knowledge and specific competencies are required to implement a long-term strategy and who are the main stakeholders. Film education and audience development activities are strong ways of developing the AV sector and of reinforcing the engagement of future generations. Using appropriate methodologies for designing cultural development strategies, current regional stakeholders will participate in workshop exercises and sessions on defining common vision and mission statements.

Finding partners in the projects of film education and finding financial sources
Every strategy in order to be realistic requires a clear vision, an action plan and a financing plan. How do we combine different financing options to develop film educational projects. How can we involve all the main key players from the educational and cultural audiovisual sectors to assure ongoing policies and long-term financing for projects. Find out about EU and regional funding possibilities and what sources and networks can support best practice exchanges and continuous information exchange for your initiatives.

Koen Van Daele, originally from Belgium, has been working in culture since 1984. He moved to Ljubljana in the 1990s and worked as curator on numerous film and arts related projects. Since 2008 he has been in charge of programme at Kinodvor. As a film critic his reviews and essays have been published by a variety of magazines and newspapers including Ekran, AS/Andere Sinema and Muska.

Kinodvor: the Cinema as a Film Educational Project
When Kinodvor was relaunched as a city cinema in 2008, the young audience programme was considered one of its foundational programme pillars. Kinodvor was conceived as a cinema for all generations, that wants to be more than just a screen. We firmly believe and share the idea that films can only express themselves fully in an auditorium with an audience. In this respect maintaining the moviegoing experience has become –in itself– one of Kinodvor’s central film educational projects.

Petra Gajžler has worked professionally in the pedagogy of film education since 2014, when she was employed as a film education professional on the National Film Education Programme project at the Slovenian Art Cinema Association. She conducts talks after school screenings within the art cinema network and at Kinodvor and writes and edits pedagogical materials for children’s and youth films. She is head of the Association’s five-year project Primary School of Film.

Teaching the teachers
Petra Gajžler will present the five-year national film educational project of the Slovenian Art Cinema Association – The Primary School of Film, which is intended primarily for teaching staff in school. The presentation will not only focus on the content of training courses, but mainly on the effects of the project and challenges for the future.

Charlotte Giese, is Special Advisor on Children and Youth at the Danish Film Institute, where she founded the children and youth department, initiating numerous international partnership programmes. She also operates a strategic consultancy, presently in Africa and Middle East. Innovation, long-term impact as well as social, cultural and political change are her key motivators.

The Strategic Journey – from Vision to Development of a Sustainable Model for Film Education
Starting from the vision, “let all children experience, understand and create film”, a department at the Danish Film Institute and a model emerged. This was possible due to partnerships, research, user involvement, risks, budgets and performance Indicators as well as a film industry, a ministry of culture and a film act.

Sanja Jovanović, was an associate professor in the field of audiovisual production at the Faculty of Visual Arts of the University of Mediterranean in Podgorica (2006 – 2018), one of the founders of the International Festival of Feature Documentary Film Underhillfest, and is today employed at the Film Center of Montenegro, in the position of Programme Policy and Planning Manager, while being in charge of research into the film industry: Gender Equality in Montenegrin Cinema; Viewing Habits Among Children and Teenagers in Montenegro; Cinema Going Trends.

Towards the sustainable film education strategy
Sanja Jovanović will present an overview of the current situation in film education in Montenegro – examples of good practice and the need for systematic approaches in developing the Strategy; the results of research on viewing habits among children and teenagers; and the guidelines for creating the Strategy for Film Education (in accordance with the Ministry of Education of Montenegro).

Živa Jurančič studied Cultural Studies at the University of Ljubljana. She has been working in the field of cultural education since 2009. Since 2013, she has been part of the Kinodvor City Cinema’s film education and young audiences department. She works on Kinotrip International Film Festival, curated by young people, for, young people. In the years 2014 and 2015 she led the National Film Educational Programme for Slovenian Art Cinema Association.

Barbara Kelbl graduated from the Academy of Theatre, Radio, Film and Television at the University of Ljubljana. Since 2009 she has been part of the Kinodvor City Cinema’s film education and young audiences department. She works on Kinodvor’s programme for schools. She used to work as screenwriter, dramaturgist and author of various independent film and television productions.

On the relationship between school system and film education
Connections between the school system and cultural institutions are part of many national and local strategies. We’ll look into how those were built at Kinodvor and what we need to do to develop long-term partnership with teachers. Barbara Kelbl will present examples of good practice, from small experimentally oriented project to large scale subsidized programmes.

Jelka Stergel graduated in comparative literature and sociology. On her professional path, she specialised in the field of film distribution. She was the initiator and for eighteen years the director of the Ljubljana International Film Festival. She isHead of International Relations at the Slovenian Film Centre and has been the director of the Slovenian Film Festival since 2017. She has been the Slovenian representative on the Management Board of Eurimages for ten years.

The Slovenian Strategy for Film Education
At its meetings in 2015, group of experts formed a proposal on the Strategy for the Development of a National Film Education Programme. The long-term purpose of the proposal is to include film education in national educational programmes and strengthen the implementation of cultural programmes and projects in the field of film education. The goal of the strategy is to ensure the accessibility, systemic coherence and long-term presence of film education in Slovenia with the help of the proposed measures. In the presentation, we will review the positive shifts after the adoption of the national strategy.