Thursday, 17. 06. 2021 / 17:30 / Main Hall
Four friends, all high school teachers, test a theory that they will improve their lives by maintaining a constant level of alcohol in their blood. 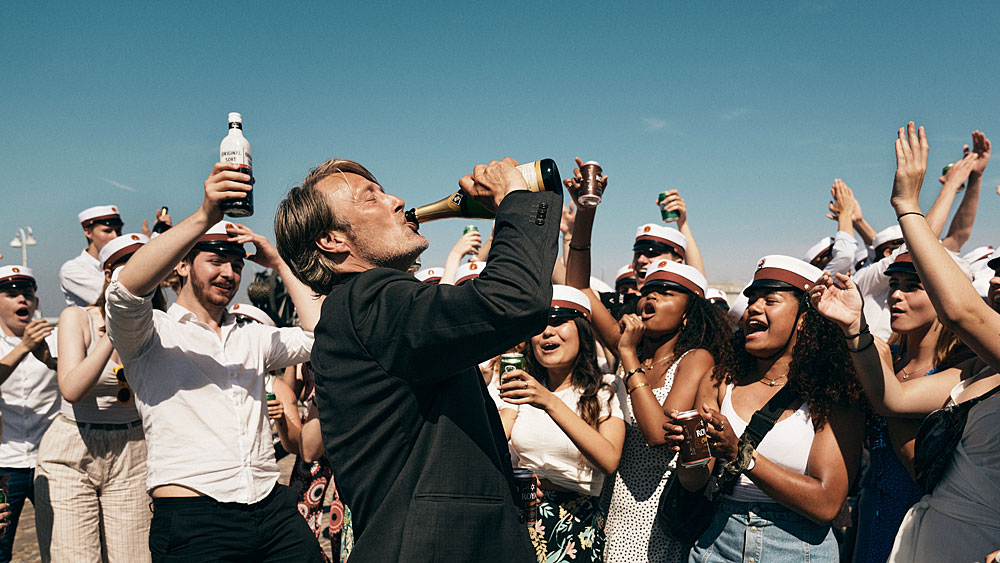 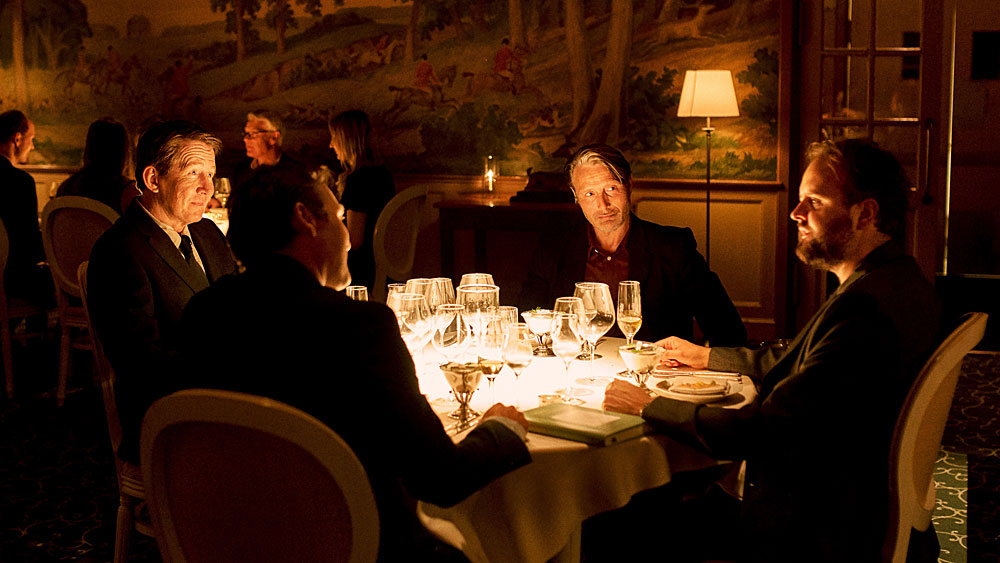 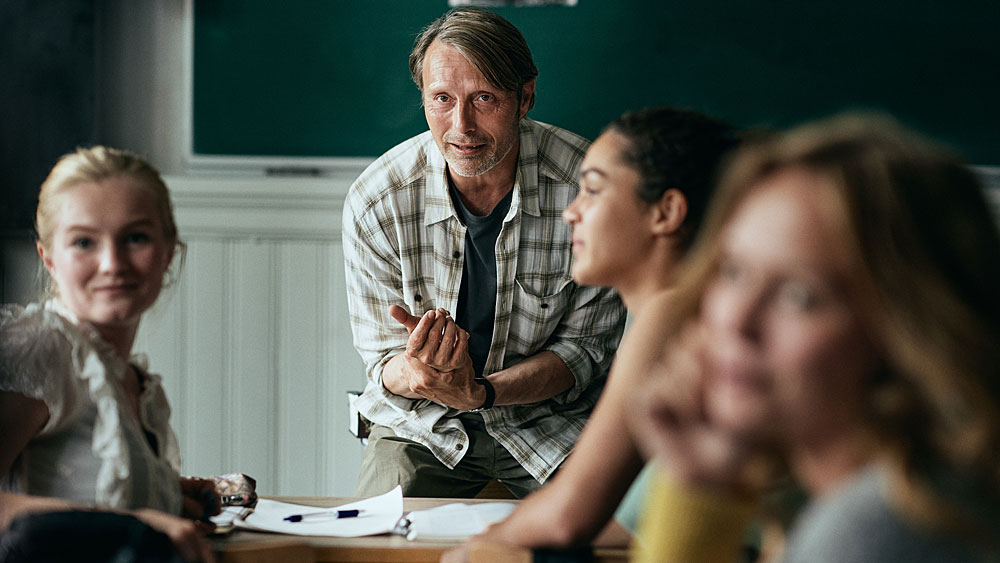 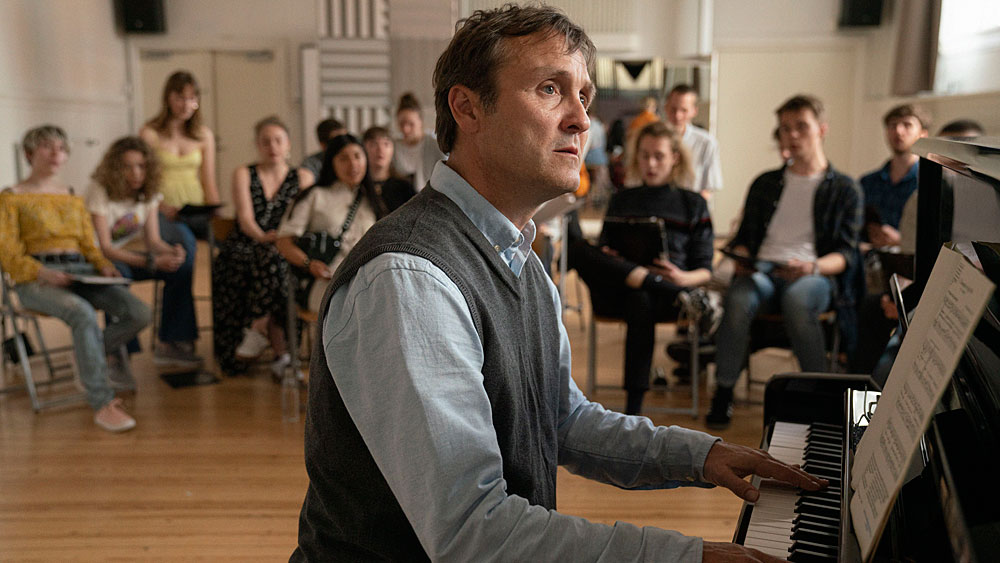 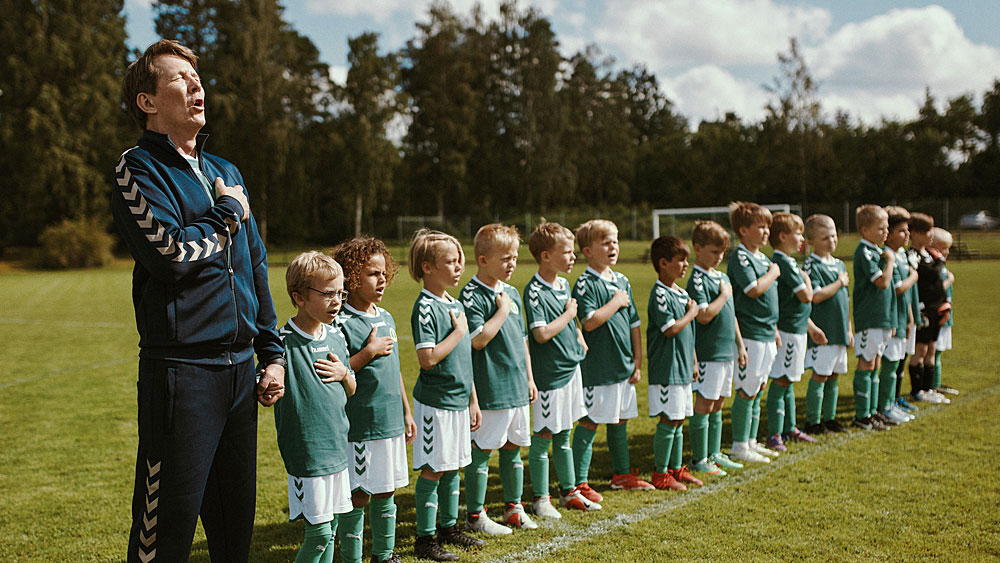 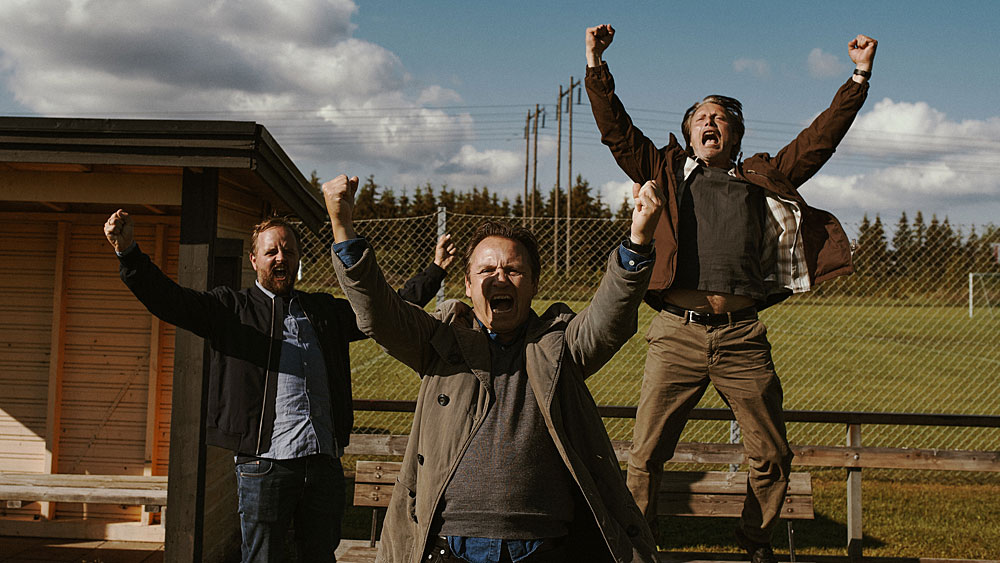 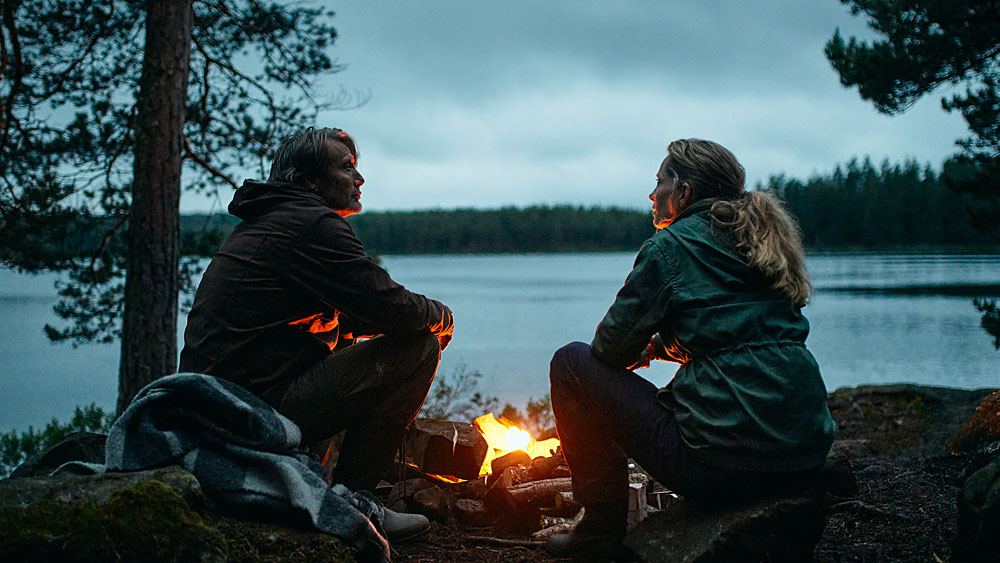 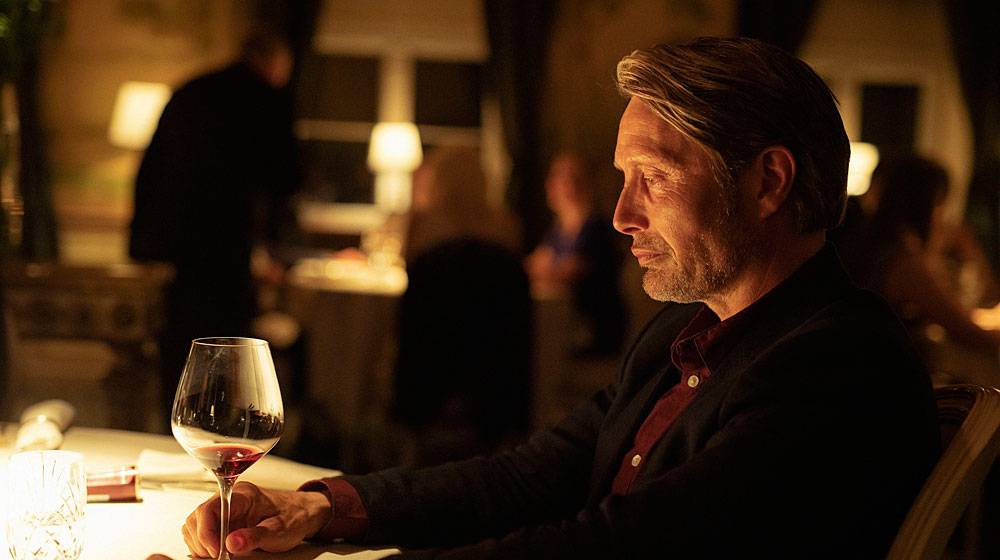 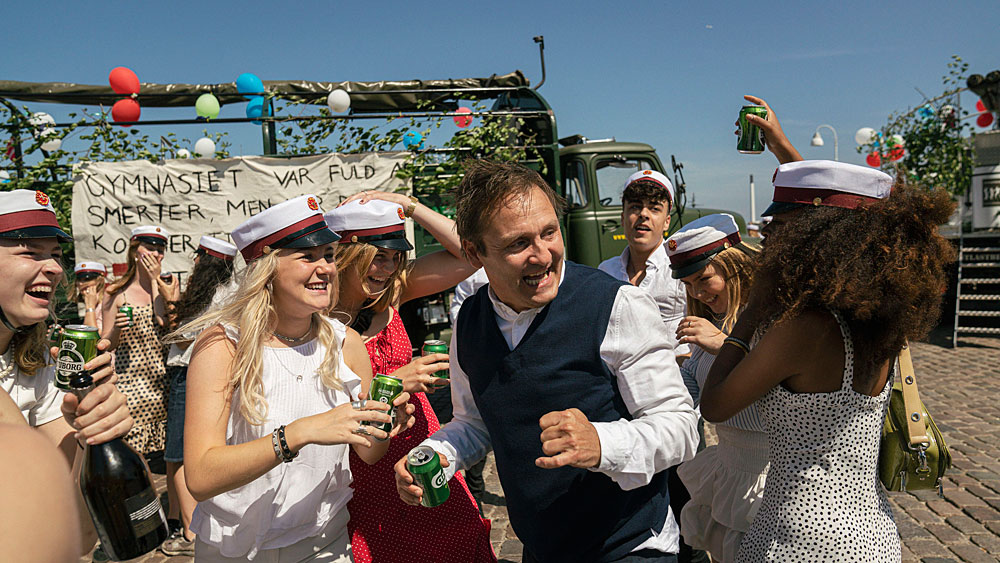 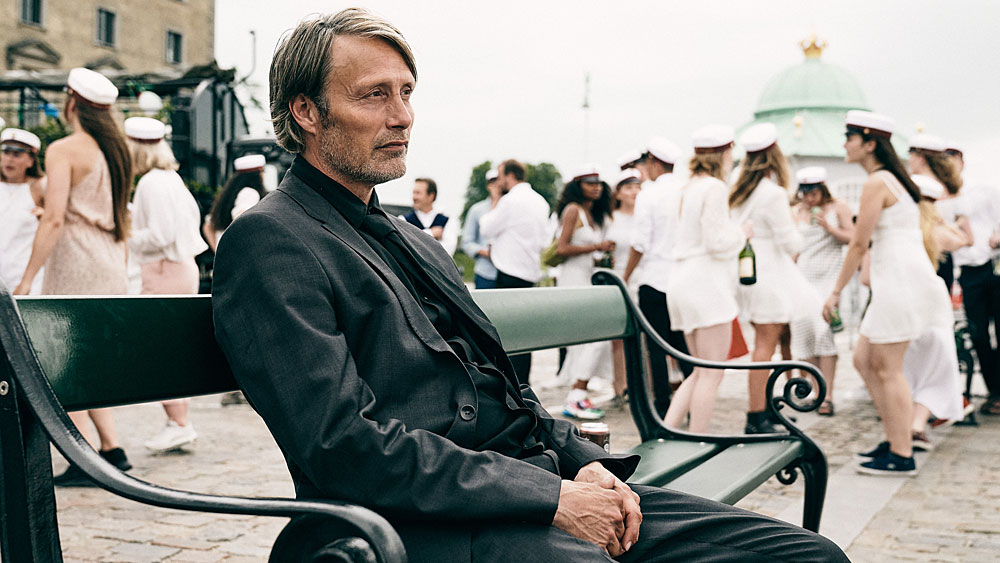 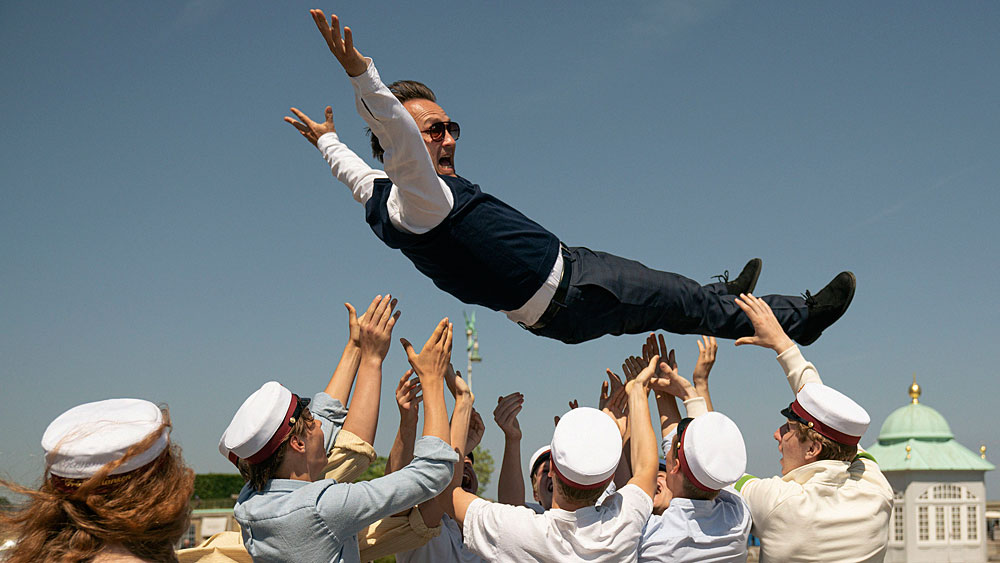 Once the brightest teacher at his high school, Martin has fallen into a seemingly permanent funk. He's barely present in his classes and his marriage is slowly dissolving. At a birthday celebration, three of his colleagues cajole Martin into boozing along with them. A party-animal, Nikolaj, tells them about a philosopher who argued humans are not born with enough alcohol in their blood. As an 'experiment,' he proposes they all drink constantly throughout the day to maintain the 'proper' blood-alcohol level of 0.05%. Initially the drinking seems beneficial. But as the experiment is pushed further, issues that have been simmering for years come to the fore and the men are faced with a choice: reckon with their behaviour or continue on the same course.

"The film explores the Danes' drinking habits. It's a recognition of the fact that alcohol throughout history has helped bring about great results. Churchill won the world war while being plastered. General Grant was drunk all day. Hemingway wrote immortal novels also under the influence of alcohol. /.../ I'm not passing judgement on alcohol. My film tries to explore alcohol. It fascinates me that this substance captured in a bottle can open up a life and also kill a person." (Thomas Vinterberg)

We really miss our audience and do not want to end the year without our loyal supporters. On 31 December we will therefore offer two films via the streaming platform Eventive (available in Slovenia only): the Danish Another Round from Thomas Vinterberg and for the children the Swedish Sune – Best Man by Jon Holmberg.

A dying young man is committed to having a good time with his friends after stealing money from his boss.