The story of this city cinema begins at a time of existential threat to cinema theatres across Europe. Here in Slovenia, the privatisation of city cinemas and the commercialisation of film programs at big multiplex cinemas was already taking its toll. The cinema lost a great deal of its public, particularly those who had visited the cinema in the golden age of the ‘paradise cinema’. For the youngest audiences, first memories of cinema became unseparable from offers at shopping centres and popcorn.

The vision of the Slovenian cinemateque, which in 2003 placed Kinodvor as the central art cinema, powered a generation of young cineastes devoted to the art of film. In the years before the closure of the art cinema, Kinodvor guaranteed the city of Ljubljana a place on the film map of the world. In this period, Slovenia hosted some of the young film hopefuls which have gone on to receive awards at the world’s most prestigious film festivals. Following changes at the cinemateque and the sudden closure of the art cinema, the city of Ljubljana made a brave step envied by many a capital city around the world. That is, in 2008, the municipality of Ljubljana supported the opening of a space for art house film to breathe: a place for film culture to develop. Kinodvor, which carefully selects films of a certain quality and depth, had already established a broader mission tied to a program of film and cultural education, the establishment of a network of all the agents in the area of film in Slovenia, and the development of cultural-touristic offers in the capital.

In October 2008, Kinodvor city cinema opened its historically protected doors. A close alliance with Slovenian film distributors, who constitute central partners in our program, has guaranteed the city cinema access to a quality and cutting edge line-up of films. The vision of the film center, which places film at the heart of social and cultural events, opened its doors to a diverse program and audiences of all generations. Within its first years, the city cinema rolled out a recognisable program dedicated to quality, and made up of three ‘pillars’: a regular program of films in distribution, a program for young audiences with a focus on film education, and a festival program which Kinodvor executes in close collaboration with producers and organisers of international film festivals in Slovenia.

The first year of the city cinema was marked by the digital revolution: a new era for which cinemas had to technically equip themselves. Of course, it was not just Slovenia, but the whole world that was looking for ways in which to guarantee these investments, something that posed a great challenge. What is the future of the cinema? What is the vision of an attractive cinema with added value, which will encourage people to leave their sofas and choose the big screen? Kinodvor, like so many cinemas in the international network, placed this vision in the realm of »event cinema«; in other words, in the creation of a lively cinema with a focus on communal experience, where film screenings are accompanied by various events or where the screening of a film in itself becomes an event. Kinodvor has even taken this a step further, developing our concept of »more than a cinema«, an idea replicated today by many European theatres. Every space in our city cinema has its role in the construction of a palpable film culture, whether it be the film gallery in the corridor between cinema halls, our specialised film bookshop, or our film cafe which has become a lively cultural and social hub as well as a place for reflection, debate and professional and academic meetings.

Kinodovor leads the way in choosing quality films that demand involvement and thought from their audiences, and a diverse programme which attracts the widest possible range of viewers. We also recognise the diversity of these viewers; therefore one of Kinodvor’s key challenges lies in how to present our diverse programme to different audiences. It is important to recognise that ‘new audiences’ does not simply refer to the youngest viewers, which is why methods of programming and communications must always be at the cutting edge. This keeps us attentive and current despite the many automisations and mechanisms demanded by the organisational framework. For us, the terms of growth are characterised by constant learning, curiosity and close study, which are enabled by fostering a strong cinema network and direct contact with experts in the field. This is why Kinodvor has, over the years, not only played an active role, but has been a pro-active leading partner in national and international cinema networks. In this way we are able to ensure knowledge and assume a strong role in shaping trends and developing the field. This has been demonstrated in the professional and technological development of an art cinema network in Slovenia, sa well as in the rehabilitation and establishment of a strategic socio-political positioning of film education in Slovenia.

In its first decade, Kinodvor has made important steps forward in all directions. We have supported and actively participated as much in the revitalisation and digitisation of the national network of city and art cinemas as in the shaping of national strategies in the area of film education. We have doubled our number of films being screened, the number of visitors, and the number of people employed by the city cinema. Now, together with the Municipality of Ljubljana, we are developing plans for a new city miniplex in the Ajdovscina underpass with extra screens, giving the opportunity for a new and diverse program to inspire new audiences.

At this time, Kinodvor has been visited by more than a million people and we are proud recipients of Europa Cinema awards for best cinema for young audiences and the Gong for creativity. As a central cultural institution for film we have collaborated with a number of partners to place the seventh art form proudly alongside the others. With the organisation of open-air film venues with thousands of seats in central spaces in the capital, from the Ljubljana Castle to Congress Square, in close collaboration with Ljubljana Castle and Ljubljana Tourism, we have enriched the cultural-touristic offering of the city for locals and visiters alike. The first week of October 2018 was dedicated to the celebration of the 10th anniversary of our city cinema, with a diverse programme to reflect the diversity of our visitors. Alongside formal film premieres for new films in the presence of  the filmmakers, there were also premiere events for young audiences and Slovenian film.

Alongside these formal events our colourful regular programs took place that engage key target audiences: our Film Rendez-Vous with Coffee for our older visitors, Kinotrip for teenagers, and our Sunday program for ‘latecomers‘. Kinobalon and ‘Kuža Pazi’ (from The Triglav Group) were again visiting children at the Ljubljana pediatric centre, and Kinodvor hosted special guests from Sweden, representatives from Folkets Hus och Parker, the largest cinema network in Sweden. With them, we shared our experiences and devised plans which we can realise individually or together with cinemas from the Slovenian art cinema network.

Finally, in spite of the lively events accompanying our 10th anniversary, our eyes are wide open to the future, when the Municipality of Ljubljana and Kinodvor will join forces to open new spaces in the Ajdovscina underpass that will guarantee quality and European-standard conditions for a city cinema and cultural hub dedicated to the art, culture and education of film.

Re-opened on 1 October 2008
More than a million visitors
More than 18.700 screenings
More than 2300 films screened
Europa Cinema awards for best cinema for young audiences
A regular program of films in distribution
A program for young audiences with a focus on film education,
A festival program in collaboration with producers and organisers of international film festivals in Slovenia
Open-air film venues in central spaces in the capital
Plans for a new city miniplex 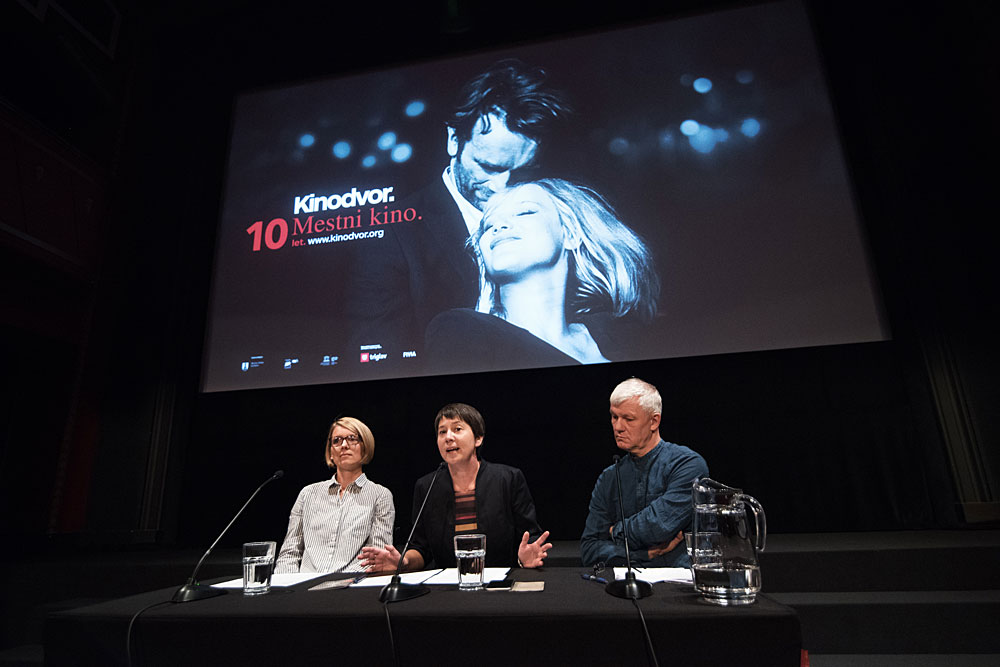 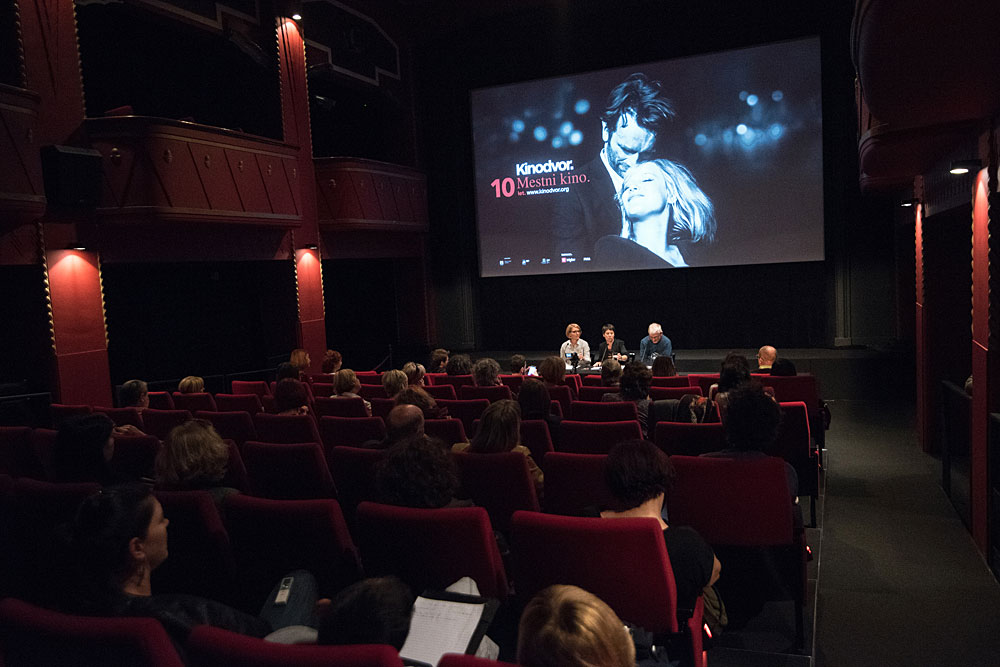 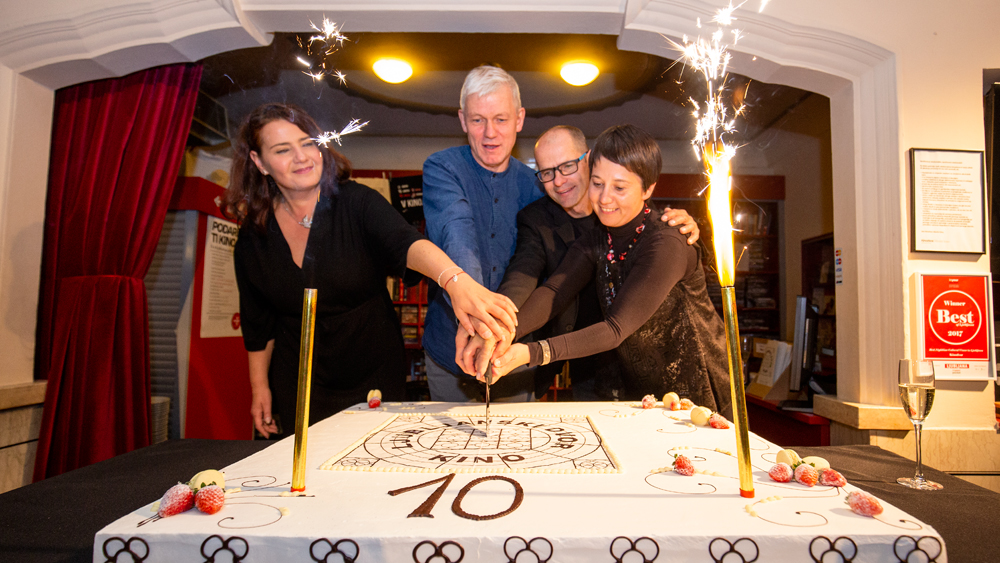 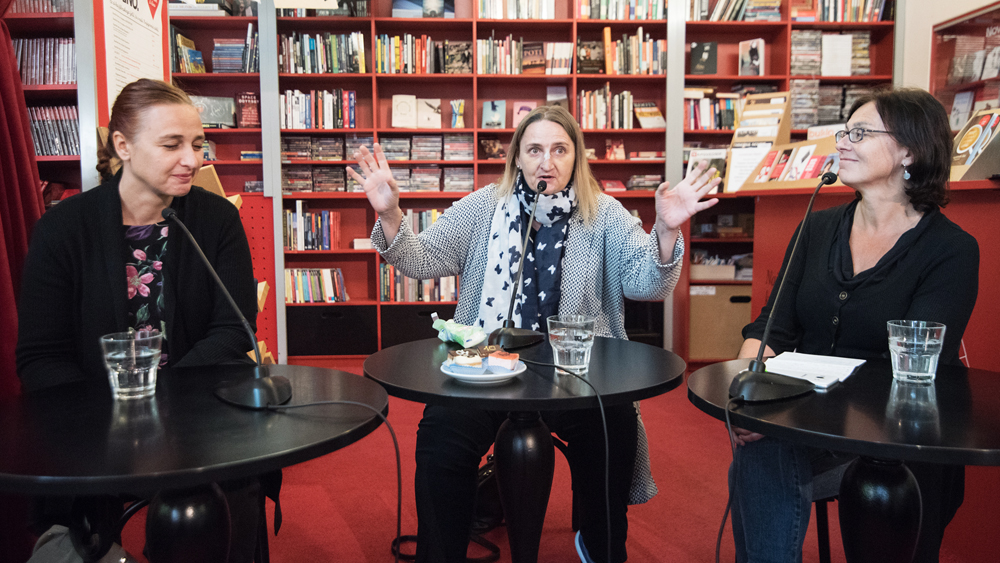 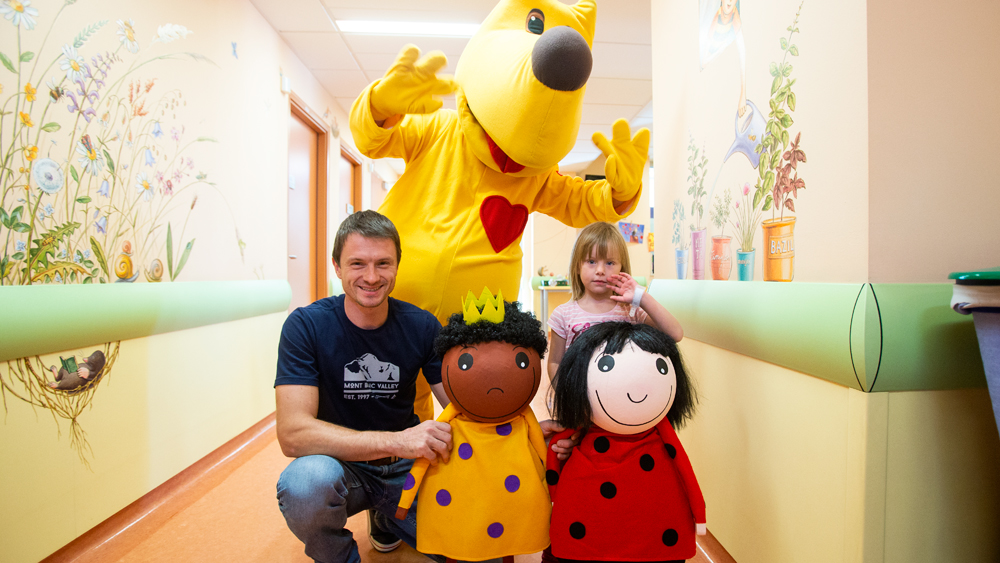 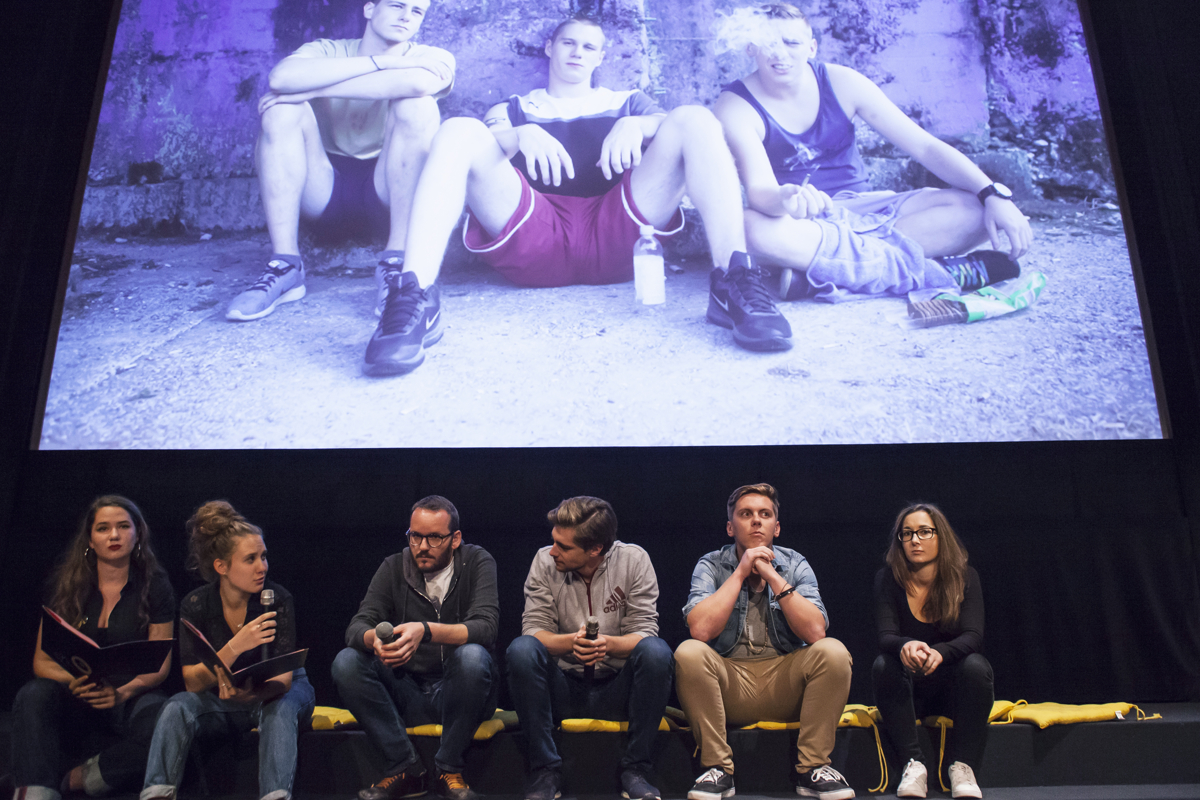 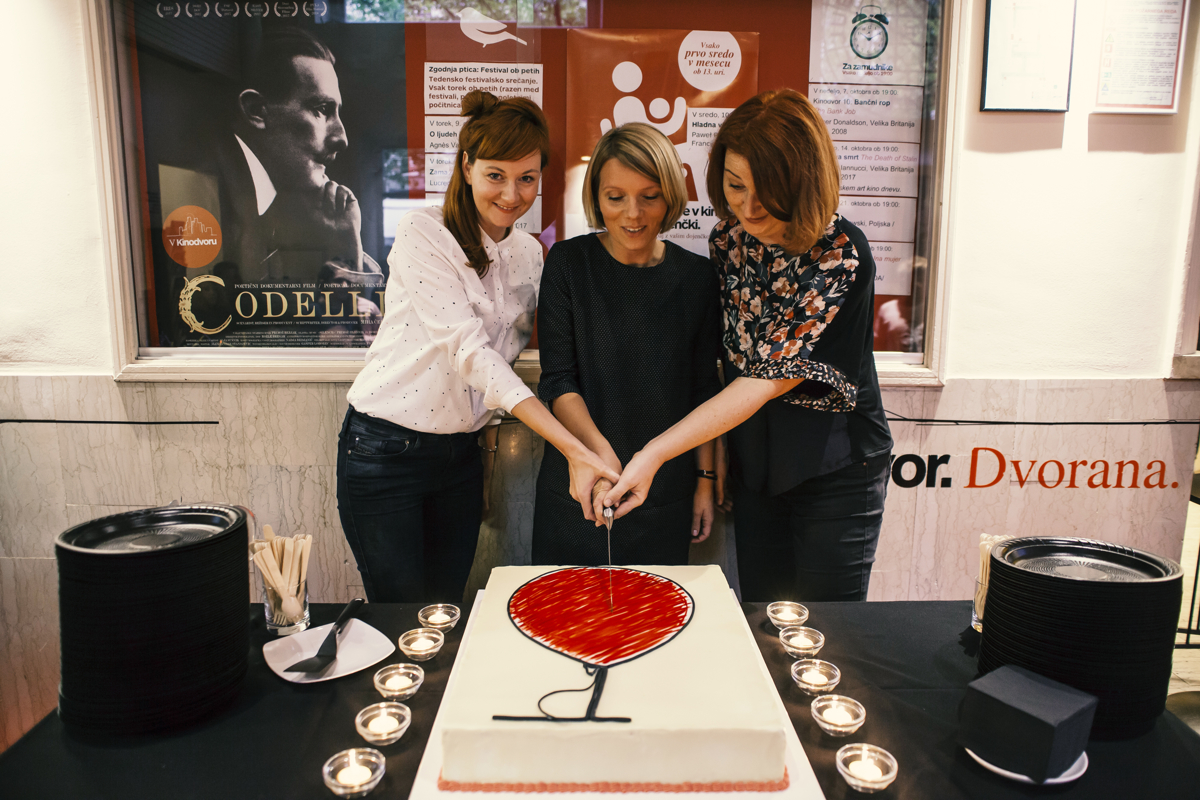 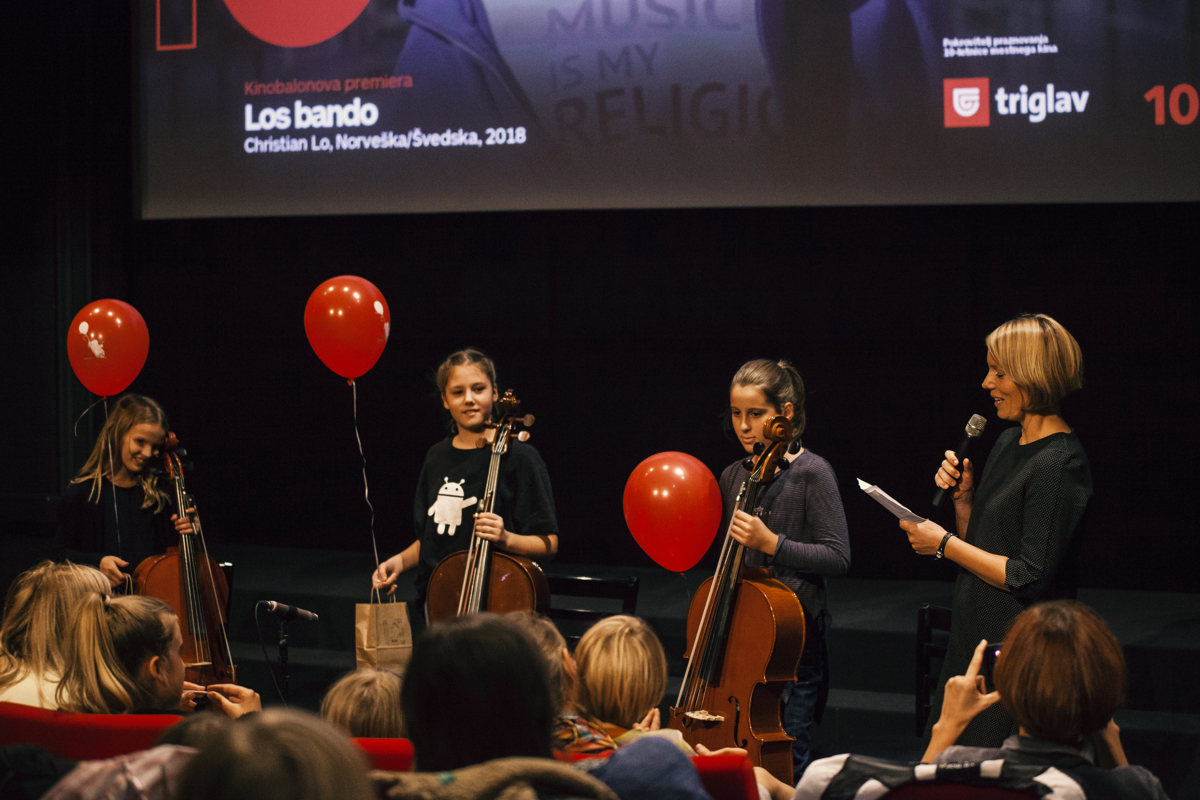 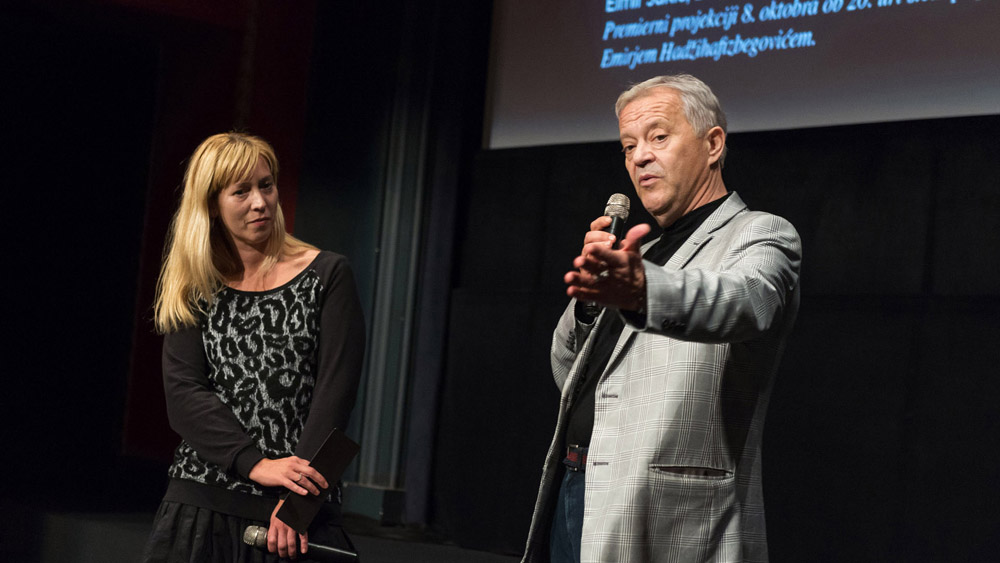 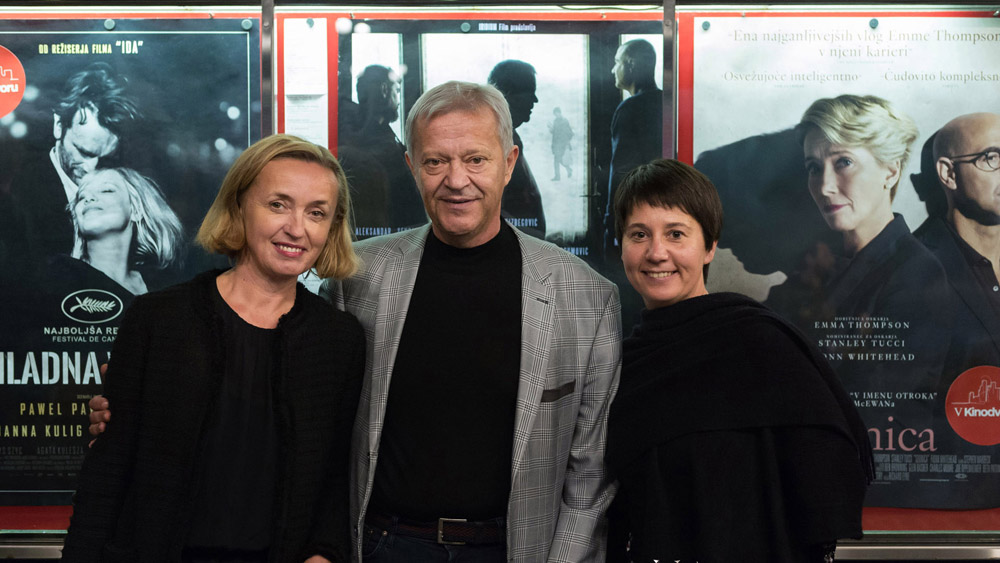 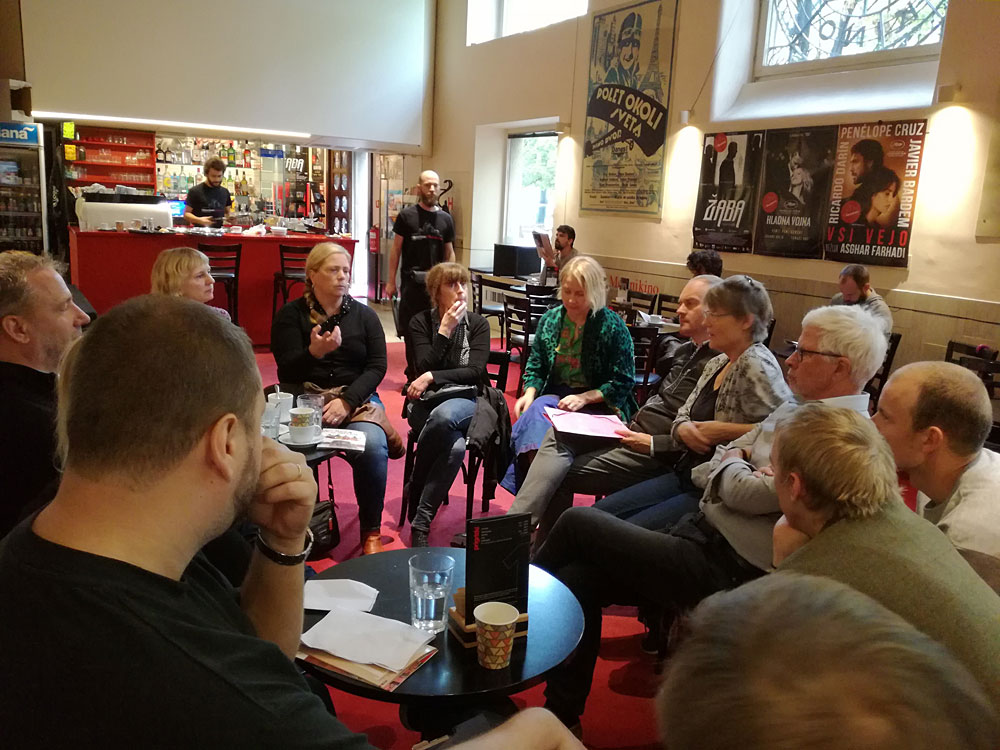