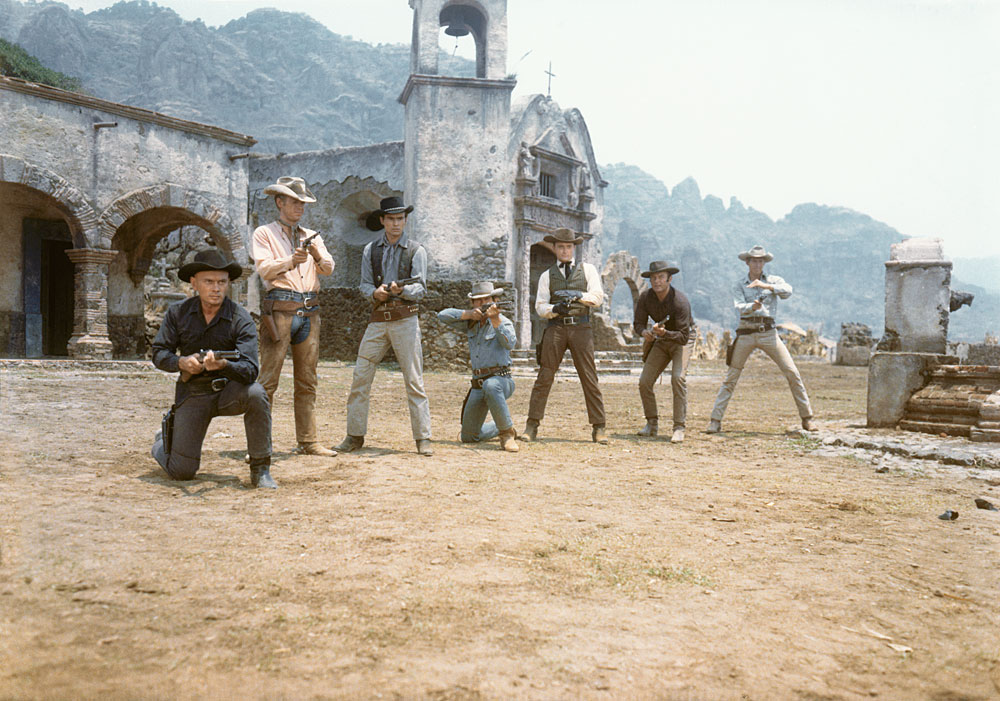 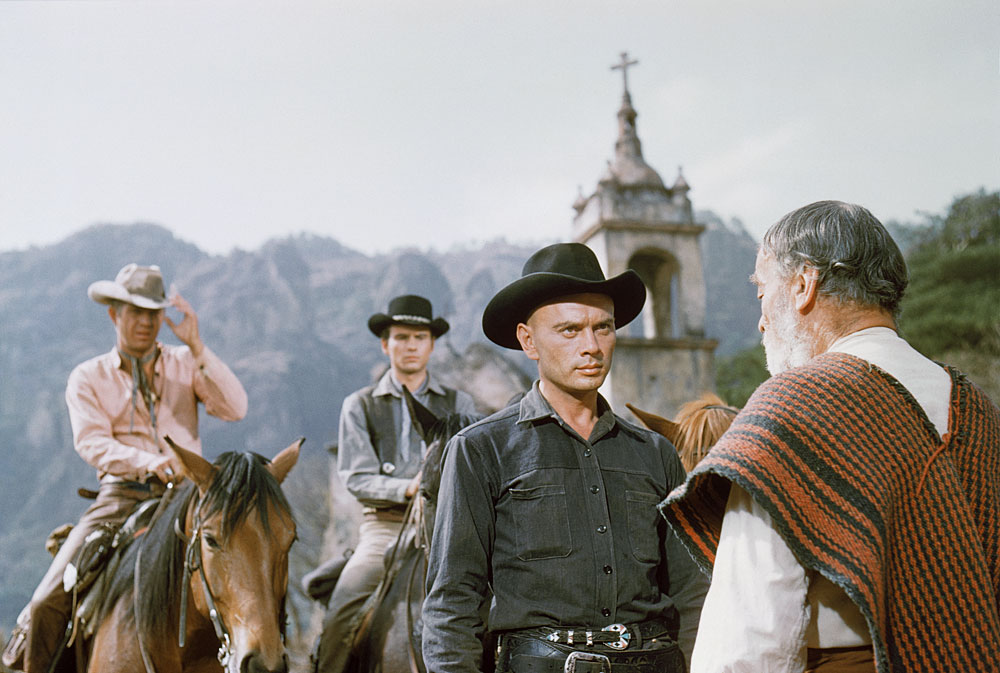 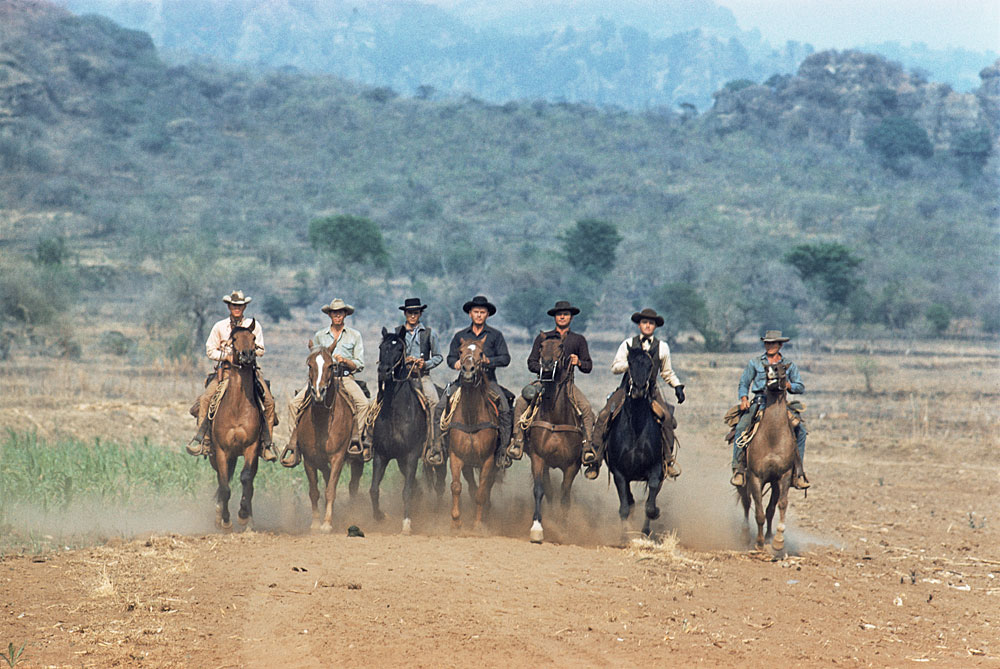 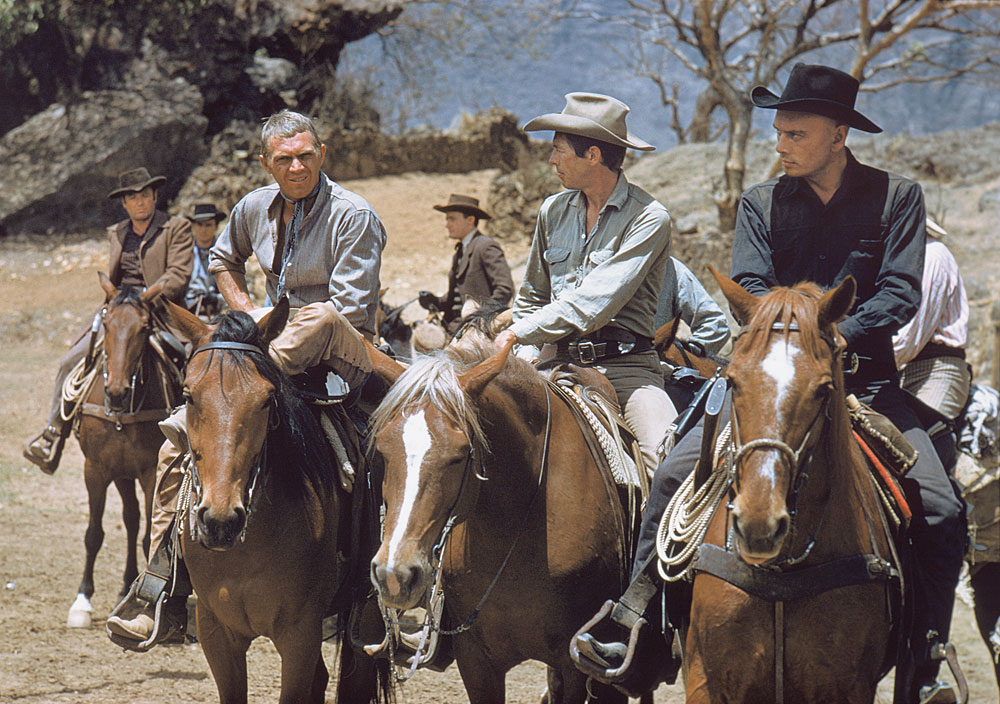 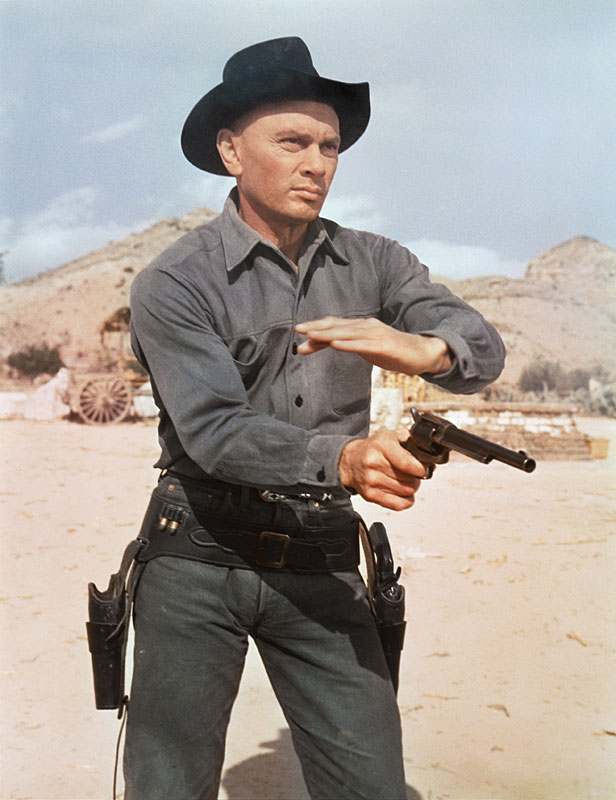 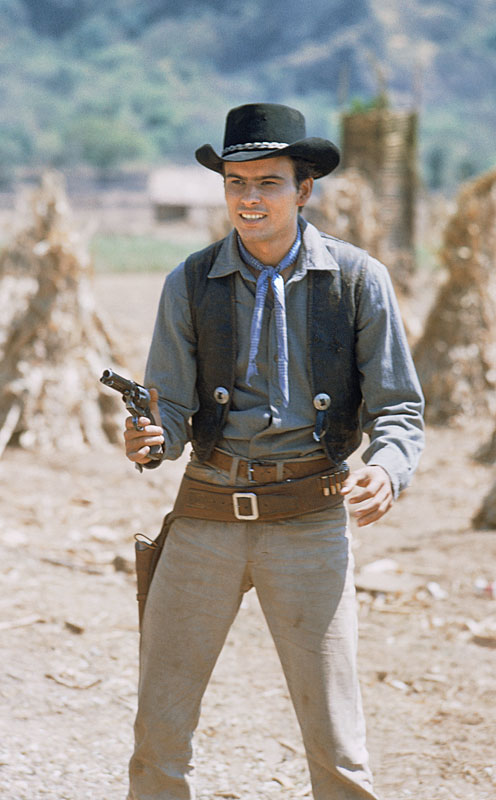 “If you go to hear Beethoven, you don't complain that it was played exactly like last time. It's not supposed to be different. And a western is a controlled, disciplined, formal kind of entertainment. There's good and bad; clearly defined issues; there's a chase; there's a gunfight. You like to see the same formula and the same technique done well. Most people who try to do 'different' westerns have fallen right in the fire. The answer is to do the same western better and in a different way. Though The Magnificent Seven was a western remake of the Japanese film, Seven Samurai, the styles of the films were totally different. I certainly used a lot of Kurosawa's stuff because they were marvelous things, and I was greatly affected by his ideas and his construction, but the way we told the story and moves the camera was completely different.”
- John Sturges

“Yul is a good actor for sure, but when it comes to riding horses or handling guns he's laughable.”
- Steve McQueen

“An expert, sensitive study of the fateful tie that inevitably binds the strong to the weak, this film may well be the best western of 1960.”
- Time, 1961

“[The dialogue is] by turns, virile, rowdily funny and then, abruptly, not always predictably, it is pensive, even gentle. John Sturges' direction is superbly staccato; making a knife-sharp use of pauses and silences, it brings out both the humor and melancholy, the humanity as well as the evil inherent in the situation.”
- Charles Stinson, Los Angeles Times, 1960

“Ragged when it tries for philosophical importance, but it's fun to see so many stars at an early stage in their careers. You can certainly tell why they became stars.”
- Pauline Kael, 1982

“As it closed the door on the western of John Ford and Howard Hawks, The Magnificent Seven sowed the seeds for the films of Sergio Leone, Sam Peckinpah and Clint Eastwood.”
- Brian Hannan

“Mythic abstraction replaces Kurosawa’s detailed historical focus. /…/ The seven gunmen are defined by what they do and by the personas of the actors who play them. The movie exudes cool as a style and attitude in a period when those things were hip in jazz but not in the Western. /…/ In its day, the film’s story about American mercenaries fighting in a foreign land seemed to exemplify aspects of America’s Cold War foreign policy. Viewed in these terms, the film can be interpreted as an allegory about U.S. involvement in regional conflicts throughout the world. But the movie’s enduring influence has outlasted this topical salience, and the pleasures it affords viewers have much more to do with its style and tone. It’s one of the coolest Westerns ever made.”
- Stephen Prince