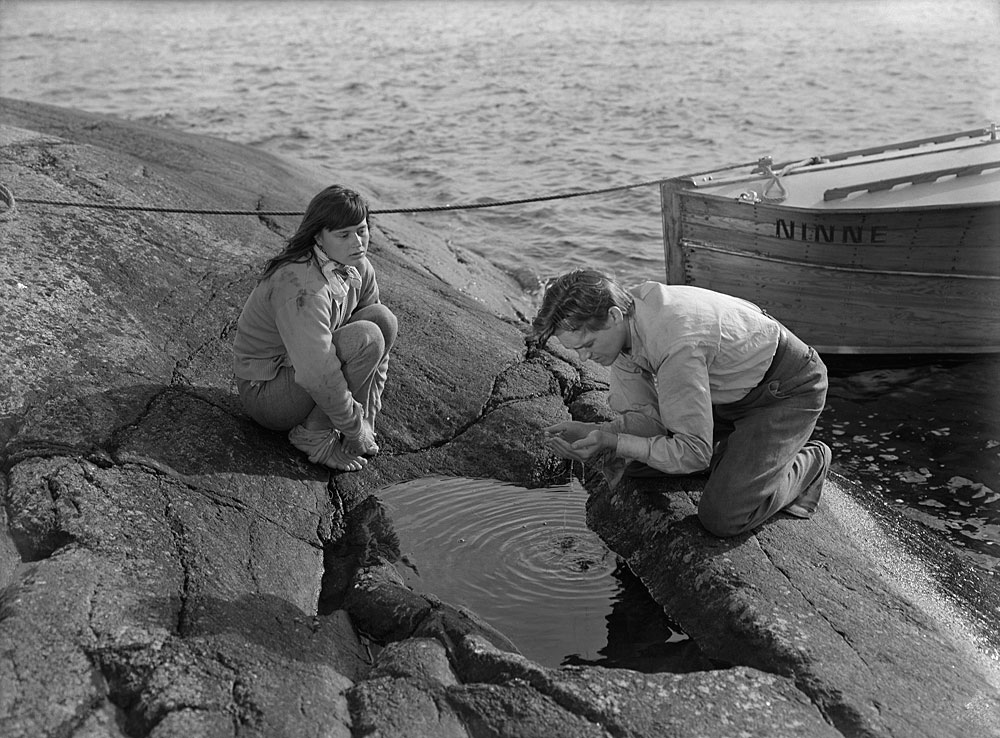 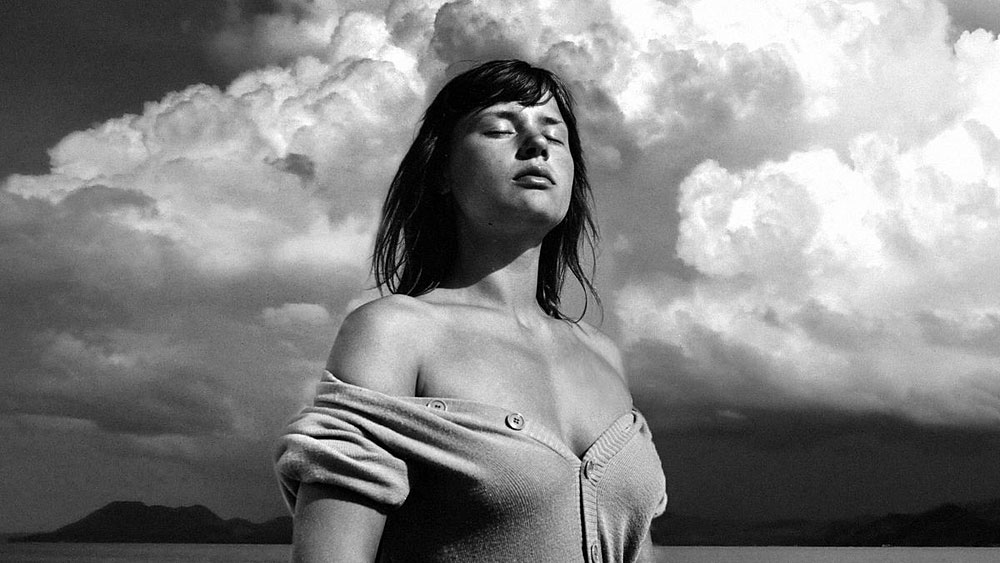 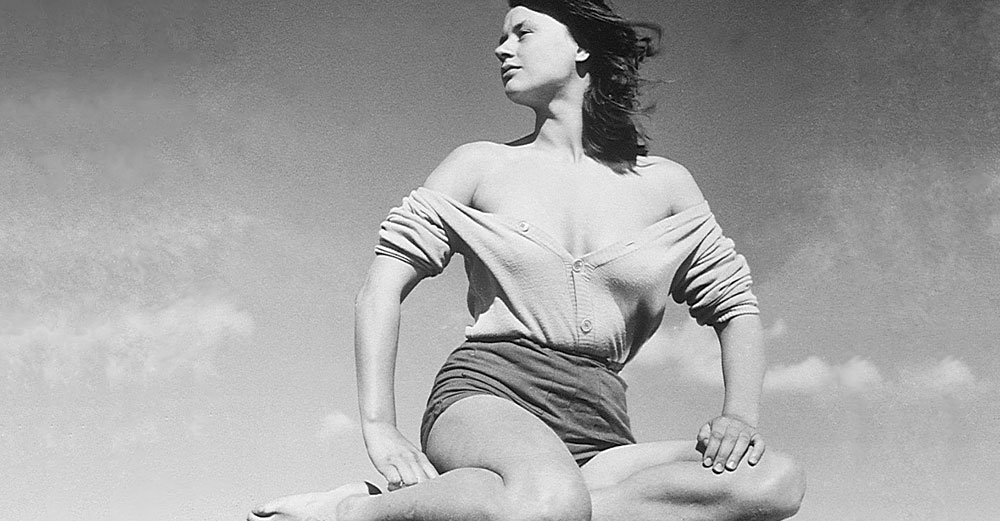 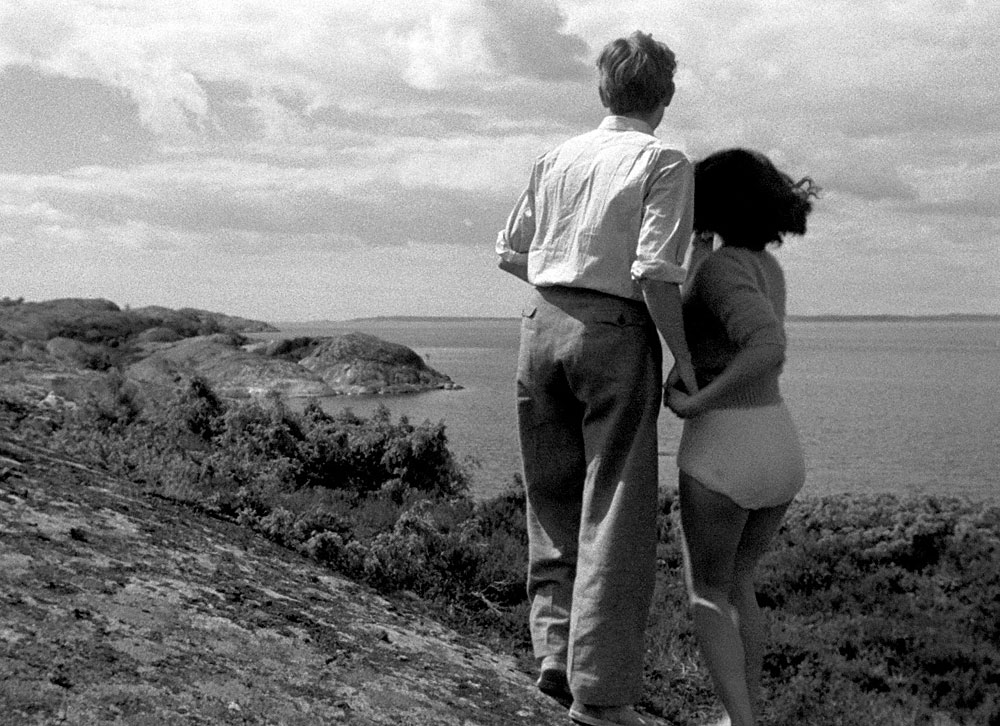 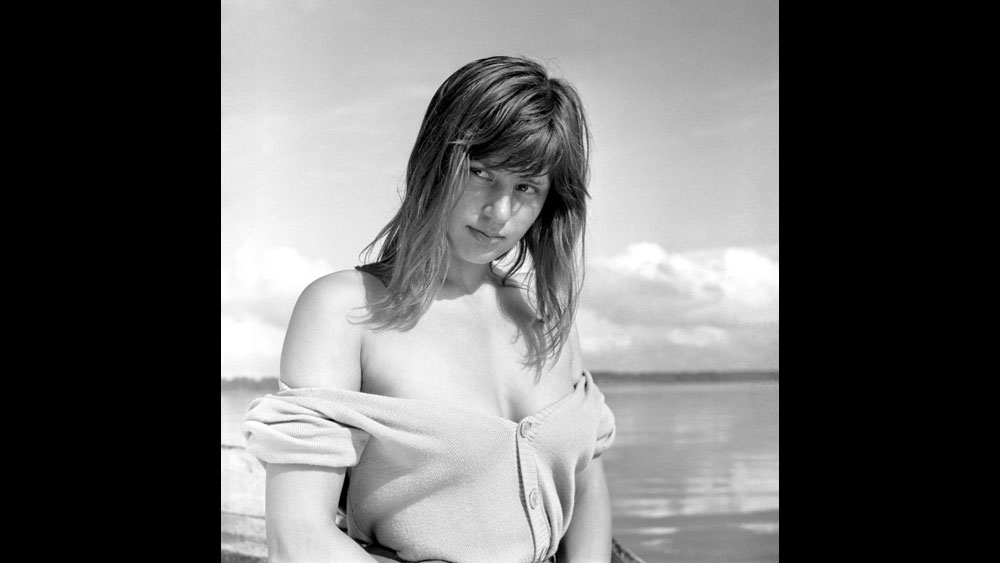 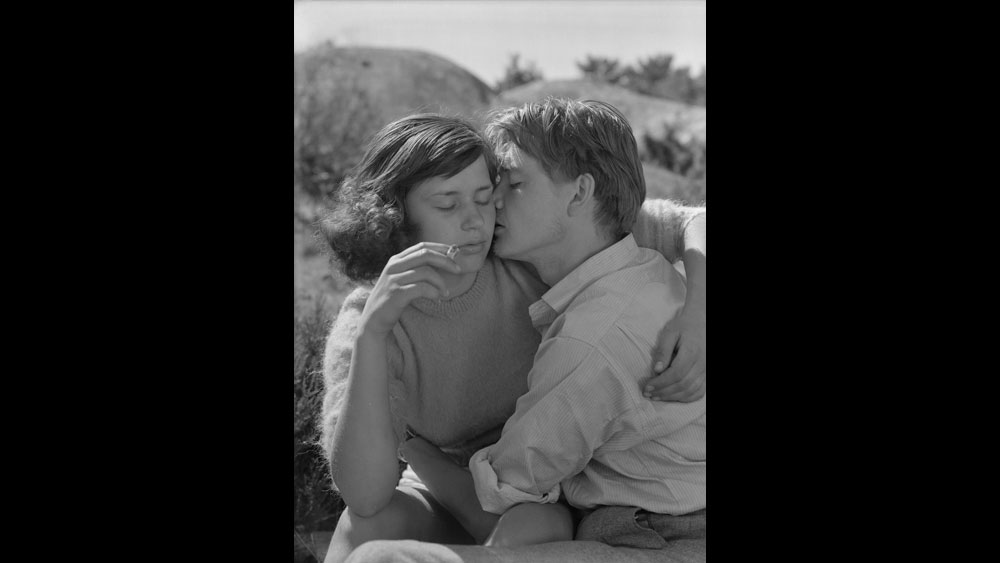 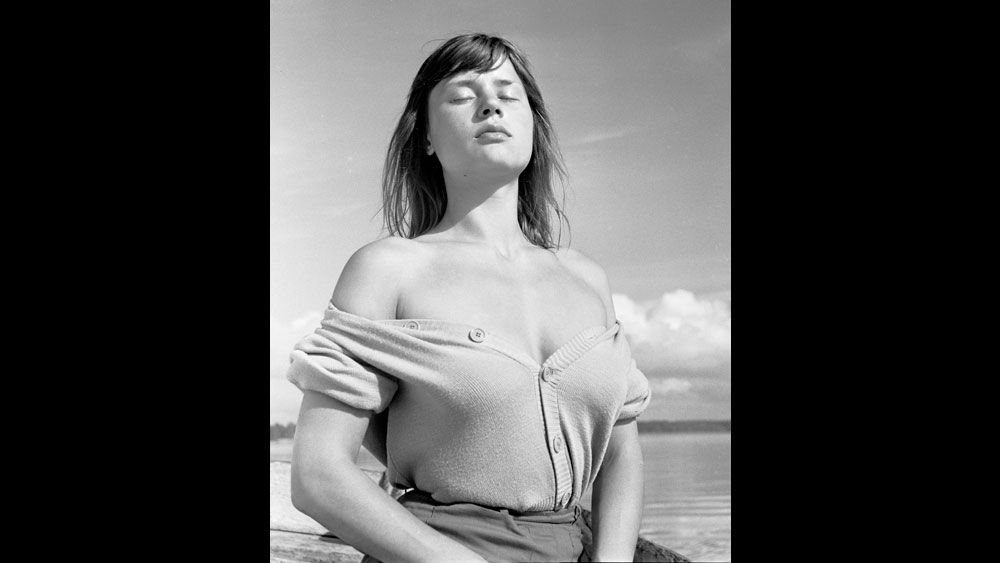 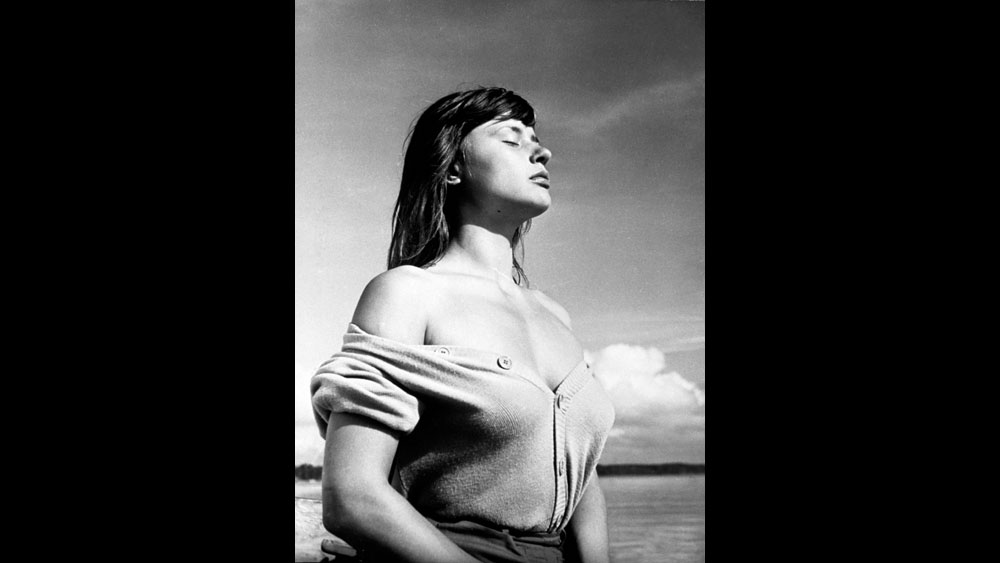 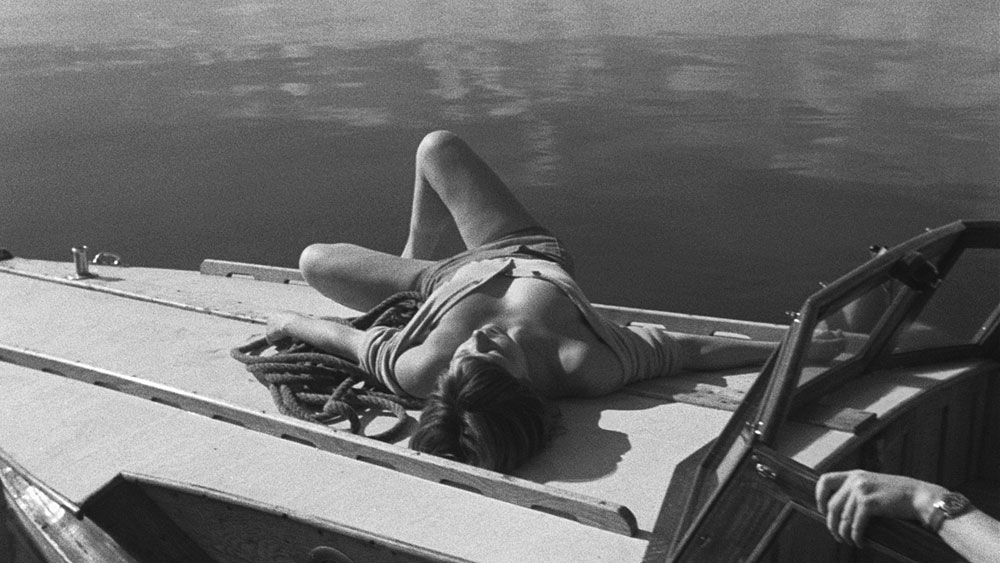 Monika (Harriet Andersson), a fiery and impulsive vegetable seller, and her more bourgeois boyfriend Harry take off in his father's boat for an island in the Stockholm archipelago. There she teaches him how to dance, how to make love and how to steal vegetables. And they dream of a family. But their secluded summer of passion comes to an end. Monika is now pregnant. And the young lovers are forced back to the dreary reality of their working-class life and domestic routine.

“There's never been a girl in Swedish films who radiated more uninhibited erotic charm than Harriet. /…/ So out we went in a boat and took lodgings in the parish clerk's house on Ornö Island. As I've said, we were costing the firm nothing. There were no sets. We had fun. And the script was as sketchy as could be. Altogether it was a romantic and somewhat exhausted little gang who assembled early each morning. That was a wonderful August. Then, just as we were getting ready to come home, it happened. To save transport costs we'd let rushes pile up over the three weeks. When it was developed we discovered that, on practically everything we'd shot, there had been a bad scratch on the negative. The message came from Stockholm that we'd just have to re-shoot the whole thing from beginning to end, well, seventy-five percent of it. No film team ever shed bigger crocodile tears. We were only too happy to stay on!”
- Ingmar Bergman, Bergman on Bergman

“Summer with Monika is the most original film of the most original of directors. Summer with Monika is to the cinema today what Birth of a Nation (D.W. Griffith, 1915) is to the classical cinema. Just as Griffith influenced Eisenstein, Gance and Lang, so Summer with Monika, five years before its time, brought to a peak that renaissance in modern cinema whose high priests were Fellini in Italy, Aldrich in Hollywood, and (so we believed, wrongly perhaps) Vadim in France. /…/ What were we dreaming of when Summer with Monika was first shown in Paris? Ingmar Bergman was already doing what we are still blaming French directors for not doing. Summer with Monika was already And God Created Woman, but done to perfection. And that last shot of Nights of Cabiria, when Giulietta Masina stares fixedly into the camera: have we forgotten that this, too, appeared in the last reel but one of Summer with Monika? Have we forgotten that we had already experienced – but with a thousand times more force and poetry – that sudden conspiracy between actor and spectator /.../, when Harriet Andersson, laughing eyes clouded with confusion and riveted on the camera, calls on us to witness her disgust in choosing hell instead of heaven? It is the saddest shot in the history of the cinema.”
- Jean-Luc Godard, Cahiers du Cinéma, July 1958

“Shot in rich black and white, Monika shows a director in absolute control of his medium and its singular expressivity.”
- Manohla Dargis, The New York Time