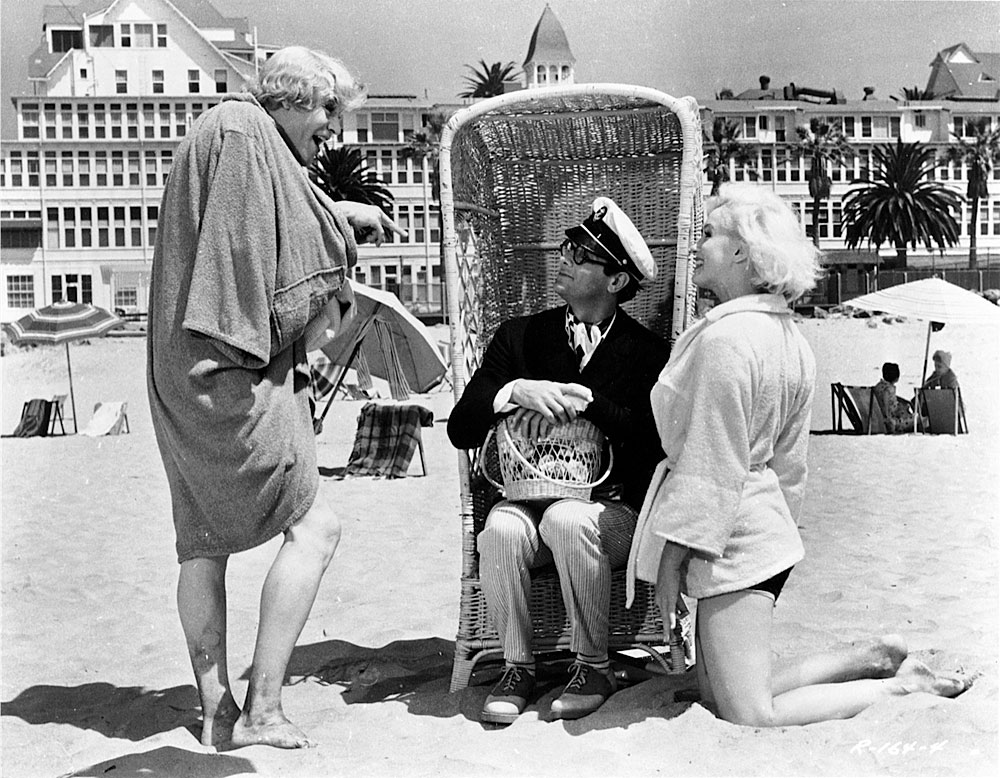 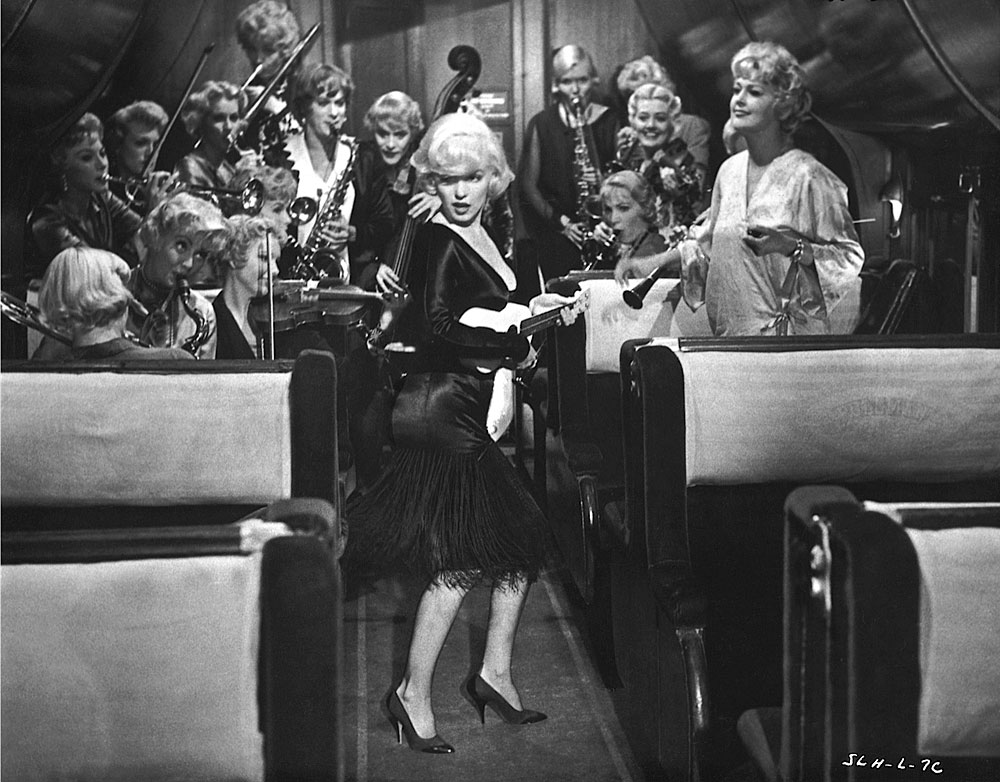 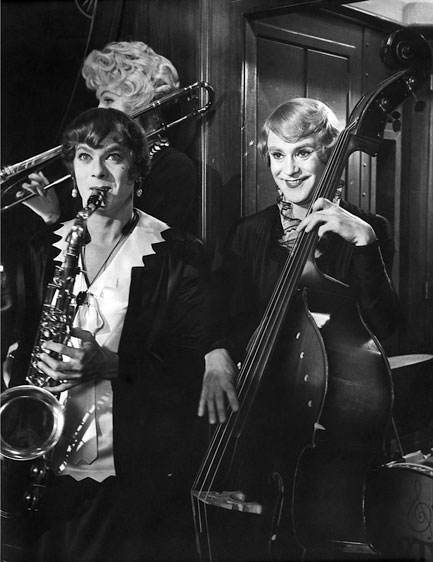 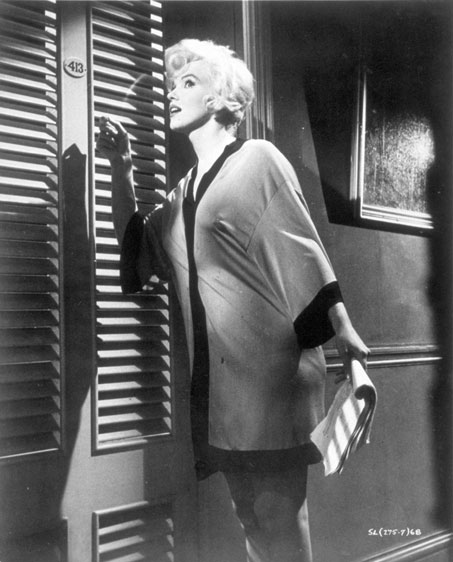 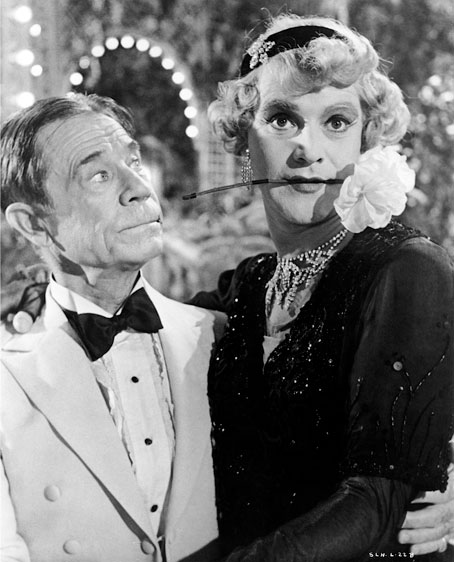 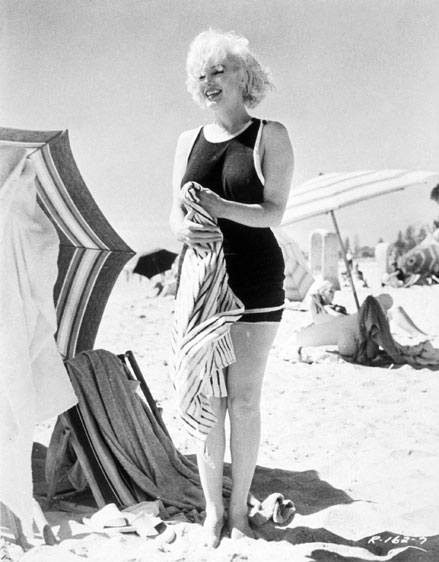 Two down-on-their-luck jazz musicians find themselves out of a job and on the run after the police raid the speakeasy they perform in and they inadvertently stumble upon a gang war. With no money and nowhere to hide, a gig with Sweet Sue and her Society Syncopators at a Florida beach resort seems like the perfect getaway. There’s just one problem: the Syncopators are an all-female band, and Joe and Jerry aren’t women – yet.

“More than any other director ever had or ever would, Wilder got Monroe inside and out, what she could do well and what she couldn’t. ‘The charm of her is two left feet,’ he said. ‘Otherwise she may become a slightly inferior Eva Marie Saint.’ Others had made the mistake of taking Monroe for an actress of real range; she wasn’t. Some took her only at face value, but she was, as we all know, something deeper than merely beautiful. Wilder split the difference. He understood that for all her sadness – which Some Like It Hot calls for – Marilyn the performer was a light comedian. Marilyn the woman was a girl.  /…/ We know Marilyn is hot, but Wilder saw that she was warm too, and in Some Like It Hot, he permits her coziness to cuddle some clemency into his ruthless good time. She is the heart of the comedy, the only one not playing for laughs (though she gets them), and if you, like me, think she walks away with the picture, it’s because Wilder handed it to her. /…/ I think it is way past time we celebrated Wilder for his women: Sabrina, Phyllis Dietrichson, Norma Desmond, Fran Kubelik … /…/And let’s not forget Ninotchka and Ball of Fire’s Sugarpuss O’Shea, characters he cowrote for Ernst Lubitsch and Howard Hawks to direct. /…/ Those who leave Wilder at ‘misanthropic’ forget that you have to have a heart to have it broken. Look at the women. They’re Wilder’s heart.”
- Sam Wasson, The Criterion Collection

“Wilder's 1959 comedy is one of the enduring treasures of the movies, a film of inspiration and meticulous craft, a movie that's about nothing but sex and yet pretends it's about crime and greed. It is underwired with Wilder's cheerful cynicism, so that no time is lost to soppiness and everyone behaves according to basic Darwinian drives. When sincere emotion strikes these characters, it blindsides them: Curtis thinks he wants only sex, Monroe thinks she wants only money, and they are as astonished as delighted to find they want only each other.”
- Roger Ebert, Chicago Sun-Times