An unflinching and sensitive portrait of a family caught up in a neverending dance with grief. 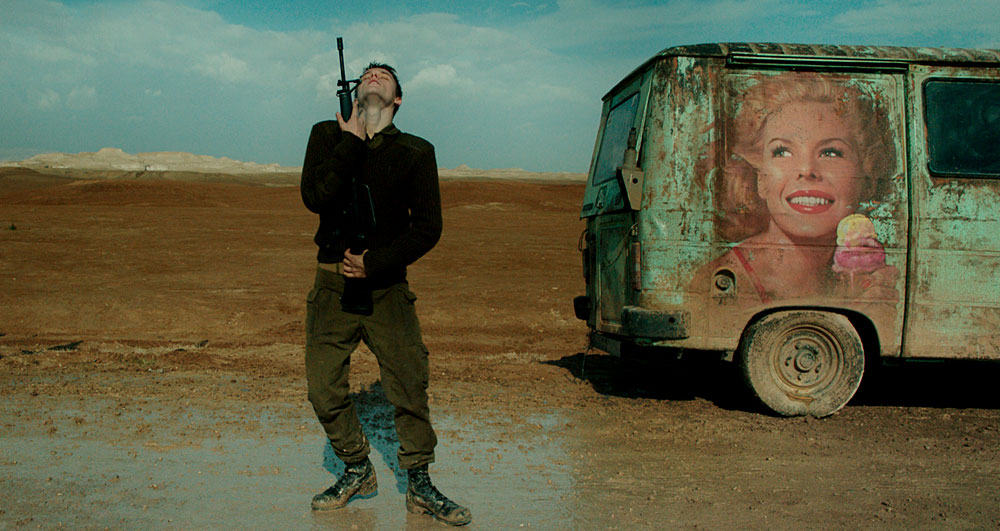 Present-day Israel. Michael and Daphne's world collapses when they open their front door one morning to representatives of the armed forces informing them that their son Jonathan has fallen in the line of duty. The dramatic outpouring of grief from well-meaning relatives and the hollow nationalistic ramblings of military bureaucrats only make matters worse. While Daphne sleeps, calmed by sedatives, Michael falls further down a spiral of rage and hopelessness. But destiny soon serves another of its incomprehensible turns and we suddenly find ourselves in the middle of the desert, on a desolate road-side where four young soldiers fight off boredom…

Israeli director Samuel Maoz (Lebanon) offers an unflinching and sensitive portrait of a family caught up in a neverending dance with grief. With its thoughtful structure, visual boldness and absurdist humour, the film has been critically acclaimed and was awarded the Grand Jury Prize at the 2017 Venice Film Festival.