The documentary shows five days in the life of the legendary shop of handmade guitars in Greenwich Village in order to grasp a rapidly disappearing way of life. World premiere at the Venice Film Festival.
IMDb 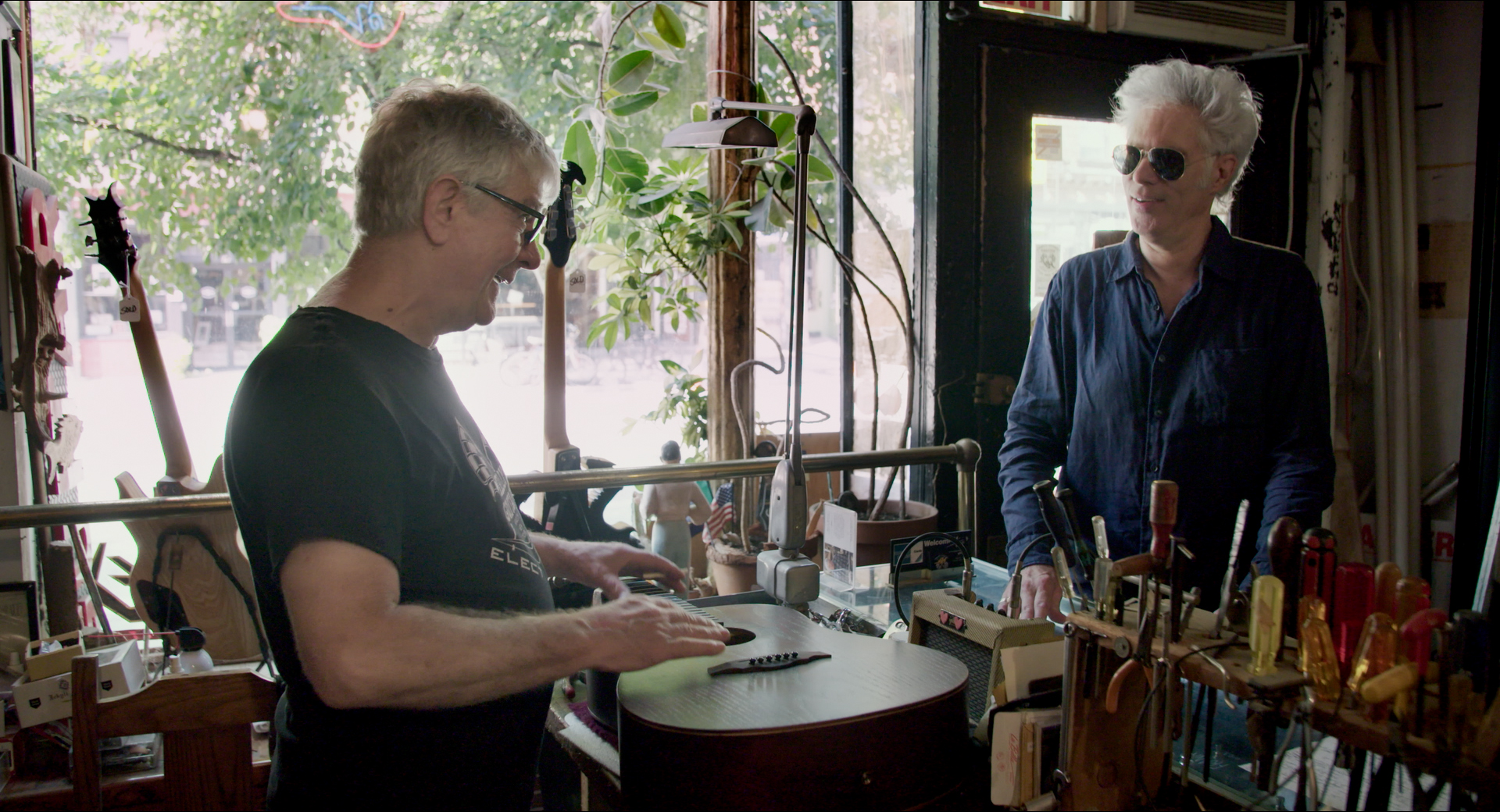 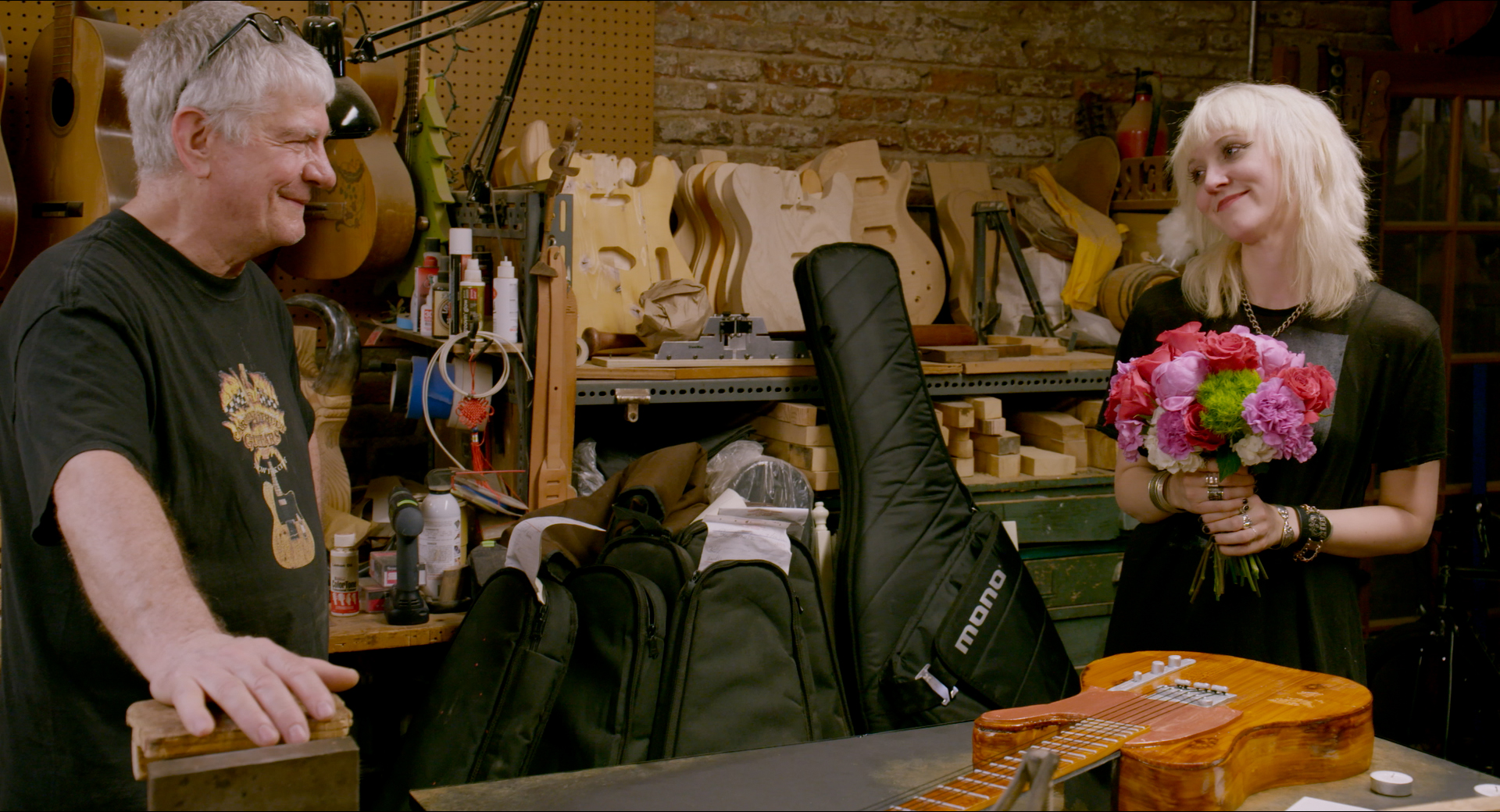 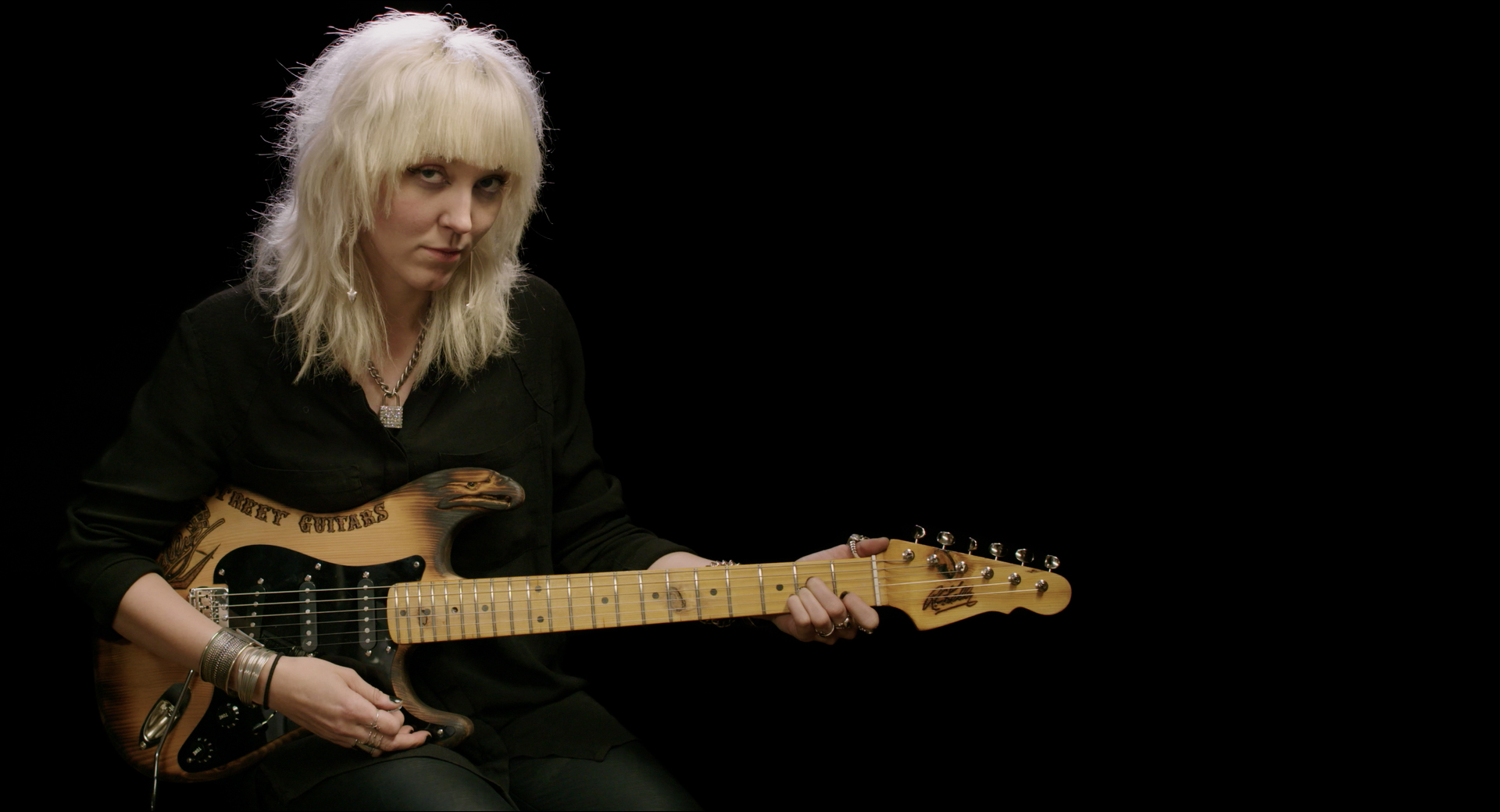 Greenwich Village, the former centre of New York bohemian lifestyle, is now packed with expensive restaurants and designer boutiques. However, one store in the heart of the quarter stubbornly resists gentrification. This is Carmine Street Guitars, where the master Rick Kelly and his young apprentice make guitars out of wood found in old hotels, bars, churches and other local buildings. Guitars made of these “bones of the city” don't look or sound like any other guitar, which is why Kelly's customers include Bob Dylan, Lou Reed, Patti Smith and Jim Jarmusch.

The documentary shows five days in the life of the legendary shop of handmade guitars in Greenwich Village in order to grasp a rapidly disappearing way of life. World premiere at the Venice Film Festival.

“I owe this one to film director Jim Jarmusch, who introduced me to guitar maker Rick Kelly and his fabled Greenwich Village guitar store Carmine Street Guitars. Years earlier, Jim brought Rick some wood from the roof of his loft he was renovating which started Rick to use salvaged wood from old New York city buildings. But it wasn’t just the cool resonant guitars that attracted me – it was the magical vibe of the place and Rick's zen philosophy. Ultimately, I felt it was something that needed to be captured… before it just all slips away.”
- Ron Mann

“/…/ Carmine Street Guitars is all about the weirdly grounded pleasures of analogue culture; about the glory of handmade artisanal objects in a world dominated by mass corporate production; about aging, and persistence; of old-school jazz and rock‘n’roll; about the fading of bohemia in a world of rising rents, omnivorous bottom lines, and chain-store values; and about how all those themes fuse into a Zen ideal of doing what you love and loving what you do. /…/ If Jim Jarmusch ever made a documentary, it might look exactly like this one. Actually, Jarmusch has made a documentary, the Iggy Pop and the Stooges profile Gimme Danger /…/, but I’m talking about if Jarmusch ever made a documentary as delectable and eccentric in its minimalist vibe as his fiction features. /…/ Carmine Street Guitars will walk into the store, plug one of Rick’s guitars into the amplifier, and just play, and we experience the joy of what they hear and feel in those instruments: a spiky je ne sais quoi. The jazz guitarist Bill Frisell does a solo rendition of Surfer Girl /…/ and the reverb splendor of it takes your breath away. Kirk Douglas, from the Roots, speaks for the whole film when he says: ‘I love the simplicity of it. One pickup. Wood. Electricity. Boom!’ /…/ Carmine Street Guitars is a non-fiction prose-poem that moves to Rick Kelly’s pre-technological rhythms.”
- Owen Gleiberman, Variety

“Portrait of a /…/ guitar shop as a boho oasis is a love letter to downtown musicians — and an absolutely essential documentary about the importance of community. /…/

We’ve watched a community walk through that door/…/ and have basked second-hand in the warm, glowing feeling that place has given its regulars. /…/ the documentary tries to give viewers the sense of what it’s like to simply be there, which in and of itself feels like a privilege.”
- David Fear, Rolling Stone