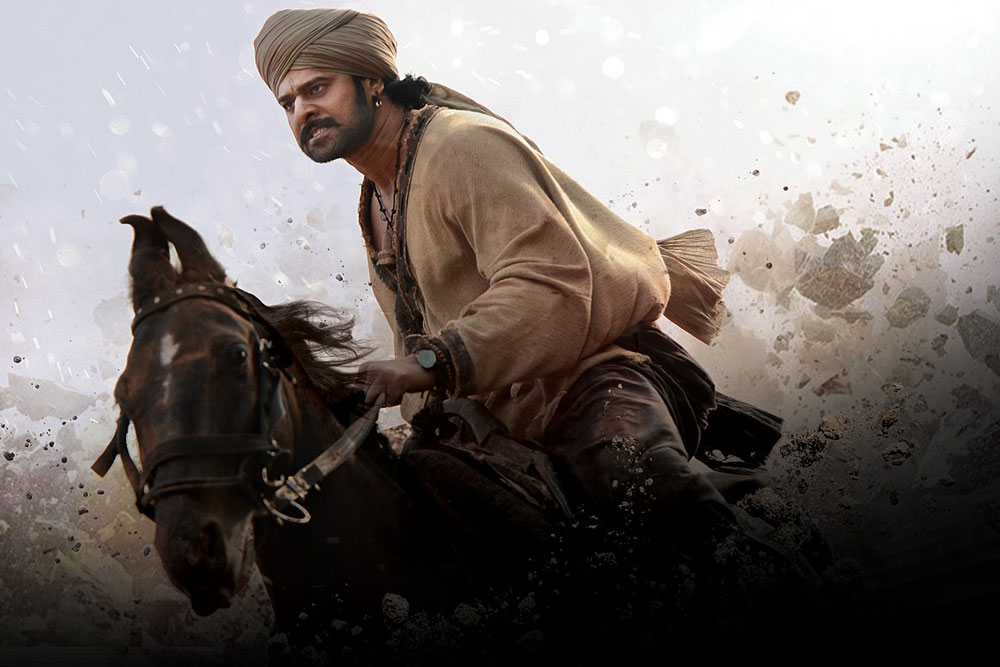 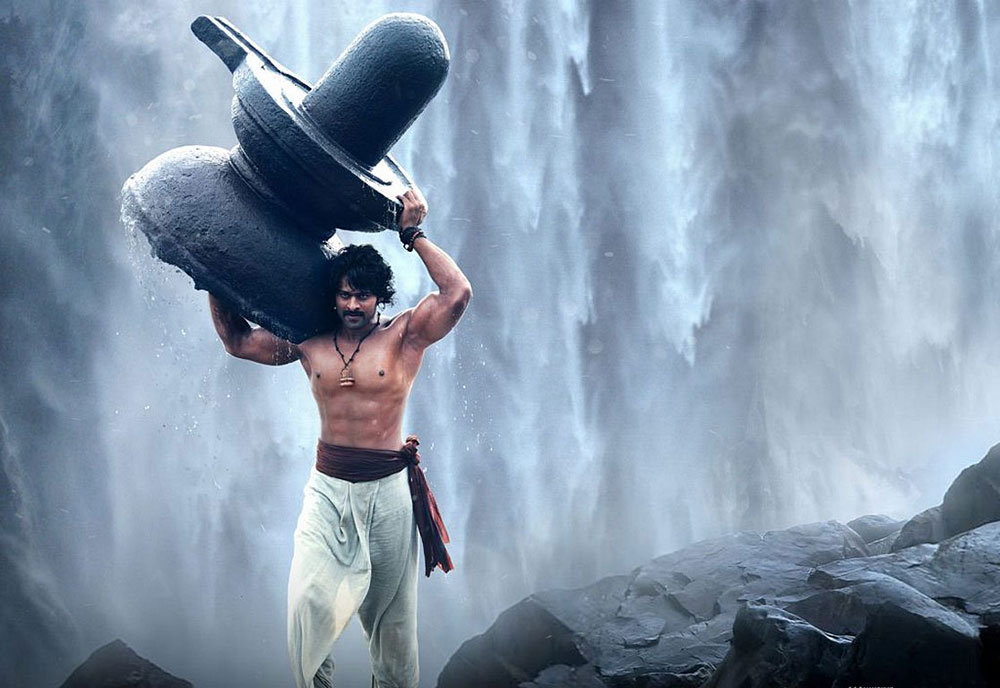 In an ancient Indian kingdom, a woman pursued by soldiers sacrifices herself to save a child. Raised in a remote tribal village, the boy Shivudu grows up a carefree young man, relentlessly pursuing his heart’s desire, which leads him on an adventure to unfamiliar territory. An epic journey on which he will find love, uncover his roots and fulfil his true destiny to become the mighty-armed Baahubali.

Telugu cinema and the boundless imagination of S. S. Rajamouli present India’s most expensive film production to date. But underneath the film’s joyous bombastic abundance we can sense the mischievous grin of a seasoned and thoughtful filmmaker. Baahubali is a feast for the eyes, a heroic epic, war spectacle, love story and tollywood musical all rolled into one.

“I have been asked time and time again – what factors or traits make a director, a story teller, successful. I stand by my answer – the courage to go with what your heart tells you. You may succeed or you may fail – but the lessons you learn from that failure can take you miles ahead. I have been telling stories since I was in the 2nd grade. My story-telling has changed little since. I fell in love with the Amar Chitra Katha comic series and the Ramayana and Mahabharata epics, so naturally, as a film maker now, I lean towards bringing that magic to the big screen. /…/ With Baahubali, my imagination breathes to life an epic. The entire kingdom of Mahishmati – from the architecture, to the culture and lives of its people – is a complete fantasy. At the heart of Baahubali, are the principal characters created by my father – Vijayendra Prasad. His characterization, aspirations and emotions is the life that runs in the veins of this mammoth project.”
– S. S. Rajamouli

“You want to see a man wrestling a bull with his bare hands? You got it. Two lovers fleeing an avalanche on a rock? Check. A hero swatting 10,000 arrows using his sword alone? Why not. … And that’s finally the film’s appeal: it’s a throwback, the kind of peppy serial that would have graced the multiplex in the days before product-placement, billion-dollar PR campaigns and obligation 3D, when the sole components required for a blockbuster were a hero, a villain, a few fights, a few songs, and a happy ending. Rajamouli defers on the latter for now, but his skilful choreography of these elements shucks off any cynicism one might carry into Screen 1: wide-eyed and wondrous, his film could be a blockbuster reboot, or the first blockbuster ever made, a reinvigoration of archetypes that is always entertaining, and often thrilling, to behold.”
– Mike McCahill, The Guardian