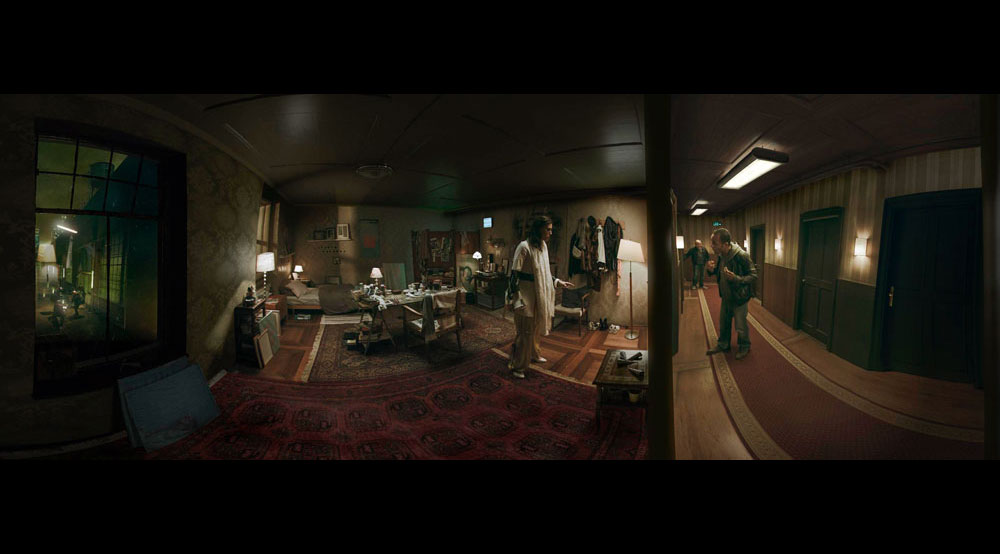 Tonight is the great vernissage of the up-and-coming artist Carlotta Carlsen. While two girls mock her work, the important buyer waits impatiently – what could be delaying the artist’s arrival? She is stuck at home because her ex-boyfriend Raul has unexpectedly appeared to confront her. Their fight reaches its peak when, in the back alley, two robbers fleeing from the police see Carlotta’s window as a ticket to freedom.