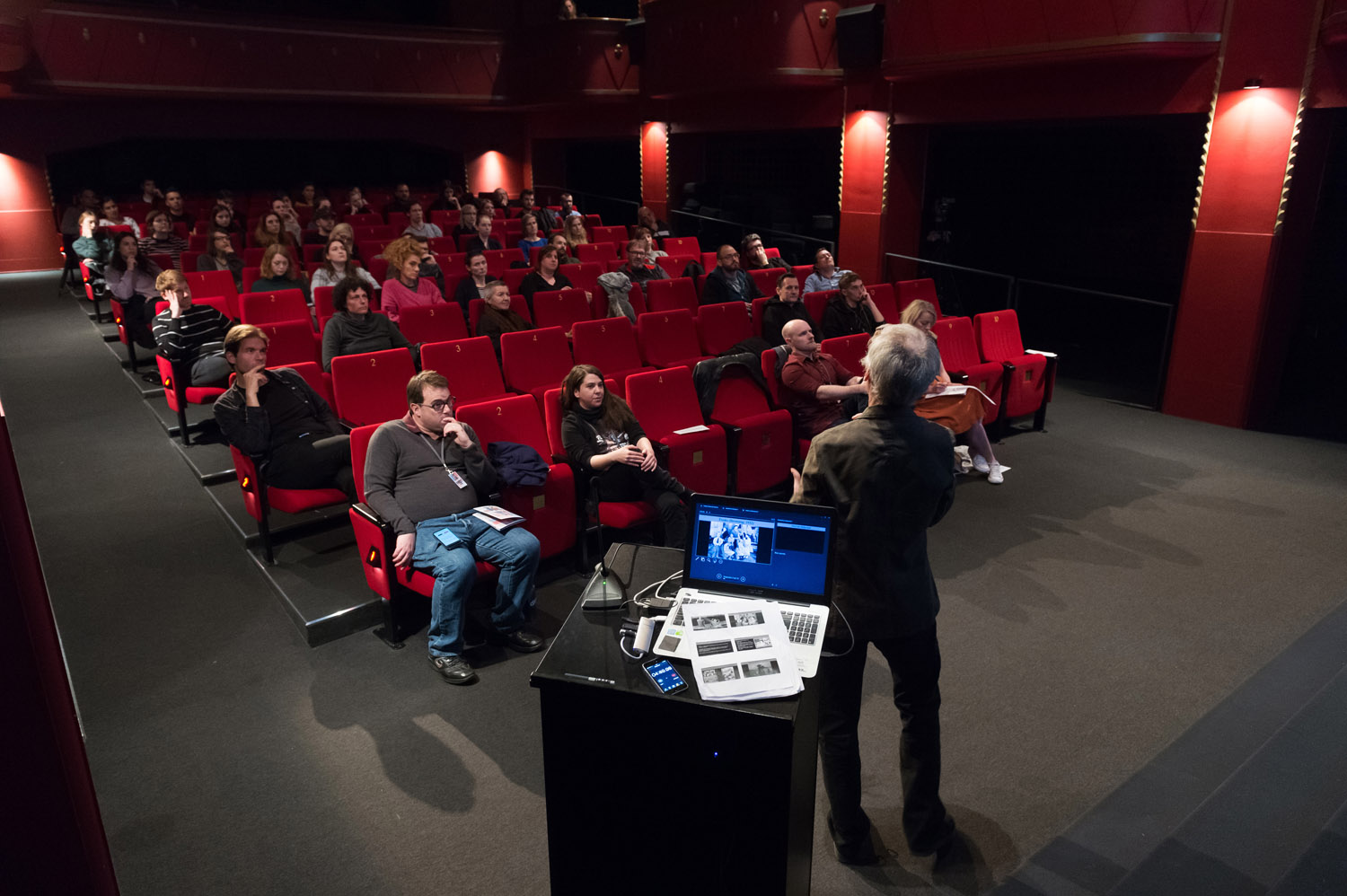 Free admission. Lectures will be conducted in English. The conference is open to the general public. Coffee breaks and refreshments will be provided for.

Cinema has a long history of looking at the outsider, at those who might be considered different from the norm (however the norm is constructed). Our talks examine very different aspects of that dynamic and, in one way or another, deal with the idea of those at the margins, on the outside looking in. Dr Jamie Sexton looks at a number of different films that have taken non-normative human bodies as their central focus and – with varying degrees of success – have explored physical difference. The extent to which these representations have been progressive or regressive is complex and Jamie explores the connection between a varied body of films – from Freaks to Even Dwarves Started Small to Eraserhead – and the countercultural audiences of the 1970s. Dr Alison Peirse shines a light on a very different kind of marginal figure: the female genre filmmaker. Exploring an often-overlooked source of genre films, she considers what the impact of a predominantly male critical establishment has been upon the history of women in genre and asks what happens to genre when women tell their own stories for themselves. Dr Steve Jones examines a very different cast of outsiders, that of the odd assortment of characters that has made up the slasher film. By unpacking its origins and development he will underline just what has made the slasher, its relentless (and sometimes very quirky) killers and feckless victims such a firm favourite amongst horror fans.
– Dr Russ Hunter (Northumbria University, UK)

The Cult Film Conference is presented in collaboration with Northumbria University (Newcastle, UK), and chaired by Dr Russ Hunter, Senior Lecturer in Film and Television at Northumbria.

This talk will look into a number of cult films that have represented freakery – in particular, the representation of ‘non-normative’ human bodies – on screen, including Freaks (Browning, 1932), Island of Lost Souls (Kenton, 1932), El Topo (Jodorowsky, 1970), Even Dwarfs Started Small (Auch Zwerge haben klein angefangen, Herzog, 1970), The Holy Mountain (La montaña sagrada, Jodorowsky, 1973), and Eraserhead (Lynch, 1977). I will analyse some of the ways in which aesthetic representations of freakery drew upon the discredited traditions of the human freak show and partly continued such traditions beyond their demise. The politics of the cult freak film will also be discussed: the fact that many cult films depicting freaks were often politically ambivalent, merging regressive (exploitation of freakery for the pleasure of others) and progressive tendencies (representing freakery and celebrating it). The cult status of such films was also related to audiences: during the 1970s, midnight movie audiences were often considered freaks themselves, so there was a position of empathy between countercultural audiences and the non-normative bodies on screen. The cult credentials of freakery have continued up until this day, spurred by cultist texts such as Daniel P. Mannix’s Freaks: We Who Are Not As Others (1976) and Katherine Dunn’s cult novel Geek Love (1989), and I will conclude by discussing more contemporary examples of cult freak films.

Dr Jamie Sexton is a Senior Lecturer in Film and Television Studies at Northumbria University, UK. He is interested in independent film, cult cinema, and film music. He is the author of Stranger Than Paradise (2018) and the co-editor of the forthcoming Routledge Companion to Cult Cinema (2019). He has also co-authored, with Ernest Mathijs, Cult Cinema (2012).

In the past five years there has been an unprecedented increase in the numbers of women directors, producers and screenwriters making horror films. Films such as Nasty (Prano Bailey-Bond, 2015), Évolution (Lucile Hadzihalilovic, 2015), Prelude: A Love Story (England Simpson, 2017) and Bestia (Gigi Saul Guerrero, 2017) demonstrate not only the global nature of this phenomenon, but also the rich diversity of storytelling talent now working in the genre. However, these filmmakers lack a women-centered genre history to draw upon for inspiration. Much scholarship has identified horror film history as the domain of the male auteur, creating texts based on images of female fear for a presumed male audience and male pleasures. In academia, women do not make horror films. They are on screen, to be looked-at, or, at best, they are now able to look. Furthermore, there is an invisible history of women working in the horror genre since the 1960s. We only have to look to writer-director Stephanie Rothman’s Blood Bath (1966) and The Velvet Vampire (1971), Karen Arthur’s The Mafu Cage (1978), writer Daria Nicolodi’s contribution to Suspiria (1977), or writer and producer Debra Hill’s work on Halloween (1978) and The Fog (1980) for early examples. However, the contributions of these woman are undiscussed in horror film histories, which are written by male writers about male practitioners. This historical, critical and methodological gap is so obvious, and explicit, it’s now left to the filmmakers themselves to engage with this problem. As writer-director Jovanka Vuckovic explains, her anthology film XX (2017) “is a direct response to the lack of opportunities for women in the horror genre in particular… an area where women have been historically misrepresented onscreen and under-represented behind the camera”. In this paper I illuminate the unspoken and unacknowledged history of women screenwriters, producers and directors in horror film. I then consider the new wave of women horror filmmakers through a case study of Northern Irish filmmaker Aislinn Clarke, her short film Childer (2016) and her feature The Devil’s Doorway (2018). Here I ask, what happens to horror when the storytelling is done by women, rather than done to women?

Dr Alison Peirse is a Lecturer in Film and Media at the University of Leeds, UK. Her research engages with creativity and storytelling, with a focus on screenwriting. Within this area she specialises in the horror genre. She is the author of After Dracula: the 1930s Horror Film (2013) and co-editor of Korean Horror Cinema (2013). She is currently editing Women Make Horror: Filmmaking, Feminism, Genre for Rutgers University Press and writing Rewriting Horror Cinema for Edinburgh University Press.

Want to know why so many films depict teens being murdered on national holidays in films such as Halloween (1978) and Black Christmas (1974)? Ever wondered what would motivate a dentist to kill? Need to figure out why there are so many porn parody versions of A Nightmare on Elm Street (1984)? This talk will chart the progression of the slasher film from its origins (with Psycho [1960] and Italian giallo movies), through its hey-day in the 80s (revolving around franchises such as the Friday the 13th series [1980-]), up to the present era (dominated by remakes of slasher classics like Prom Night [1980] and My Bloody Valentine [1981]). Along the way, we’ll revisit Crispin Glover’s bad dancing in Friday the 13th: The Final Chapter (1984), Prom Night II: Hello Mary Lou’s (1987) wild special FX, and the bizarre homicides found in films such as Intruder (1989) and The Town That Dreaded Sundown (1976). These are the traits that make the slasher a fan-pleasing staple of horror cinema.